PREMIERE – To The Trees release video for “Run From Fire” 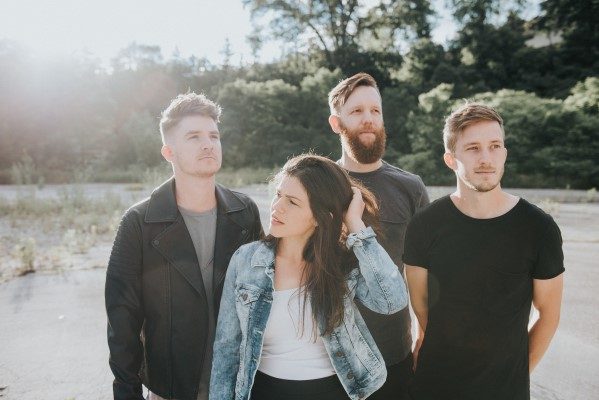 Kitchener/ Waterloo-based indie synth-rock quartet, To The Trees, has released a video for their new single, “Run From Fire”. The video was directed by Zach Ramelan and filmed just outside of Guelph. The indoor scenes were filmed in a farmhouse located just outside of Kitchener. The video really plays out like a short film, which is something I always enjoy. The song itself is simply beautiful, both the vocals and the music draw you in and then the video keeps your interest piqued.

““Run From Fire” is a song based on a toxic relationship and understanding that there are toxic people that sometimes enter our lives. I wanted to let people know that in those moments and in those relationships, it’s okay to run away for a bit. If it’s a problem that can’t be solved right in the moment, sometimes you need that relief and it’s okay to run.”

To The Trees is an alternative synth/rock band hailing from Kitchener Waterloo Ontario. If there was an overriding vision, it would be that they want the music they create to do more than just entertain. The quartet, which formed in 2015, makes music that takes the listener on a journey of the heart, mind, and spirit. It is music that is more than mere background distractions or simply being the soundtrack of a good time.

To The Trees’ unique and deeply engaging brand of synth-rock transports the listener outside of themselves, surrounding and infusing them with deeply poetic, sometimes darkly lyrical words, enmeshed in atmospheric musical soundscapes highlighted by moving melodies and pulsing rhythms. Yet at the same time, there is a sense of humble authenticity to the band members themselves. Lead vocalist Katelyn Bearinger, guitarist Mike Johnson, keyboardist/vocalist Trevor Martin and drummer/percussionist Jake Bursey simply want to make music that they love, that makes them feel something and to evoke emotion, memories, and contemplation from their listeners.

“Life is something we are all experiencing together. We’re no different than the people in the audience or the people listening to our music at home. We are down-to-earth, and I think our music is very relatable because we’re saying things that many people are thinking; we are writing about situations that most have gone through and we’re wrapping it up within music that is very accessible and, again, relatable to so many people,” said Bearinger.

“In a time of decreased human connection, we want to encourage and remind people to look past a lot of the material noise that often short sights us. It’s important for all of us to take time to reconnect and pay attention to what we value most. Perhaps our music can create a space for this,” added Martin.

“Trevor and I started playing folk music covers back in 2015 with both of us singing, him on keys and I played guitar. We would play porch parties and little community events, and it really built from there. We added a friend of ours on electric guitar and realized we needed some percussion too. From there, our sound began to evolve into a more synth-based idea. We started covering Metric, Dear Rouge and other bands with strong synth elements,” Bearinger said, adding that in Bursey, they not only found a talented drummer, but also a prodigious and versatile songwriter who helped create the band’s signature sound as they began to develop original songs.

“We sort of fell into this genre and ran with it, and found that it was something that came naturally to all four of us as we started chipping into creating the sound, bringing our own individual influences to the table,” Martin added. Johnson brings a technical virtuosity to the band, using his know how to develop his own unique guitar sounds and pedals that add a distinctly otherworldly element to To The Trees’ music.

We have a number of shows coming up in our local area and are planning a small Ontario tour surrounding our EP release date which is on the April 6 weekend! We are planning an epic EP release party for April 5th at Lot 42 in Kitchener Waterloo, and at this point, it has also been confirmed that we will be playing at the Cavern in Toronto on April 6.

We try to keep our shows authentic, as in we like to connect with our audiences in a casual way and keep the vibes comfortable and down to earth. At the same time, we do put on a powerful show combined with energy and musical emotion. We want people to connect and be moved in some way.

“Run From Fire”. It’s our first single and music video which is available on March 9. While a catchy and eminently memorable melody, the message of the song is one that argues sometimes it’s better to flee than fight.

It’s based on a toxic relationship and understanding that there are toxic people that sometimes enter our lives. I wanted to let people know that in those moments and in those relationships, it’s okay to run away for a bit. If it’s a problem that can’t be solved right at the moment, sometimes you need that relief and it’s okay to run,” Bearinger said, adding that she takes this literally often, running along the rural gravel roads and fields near her home when she needs to depressurize from the dramas of life.

As mentioned, the actual EP will be released on April 6 with another single “Season” to follow.

This is such a tough one! Because we really feel like Canada is experiencing a plethora of musical talent right now which is awesome.

Some bands that have been catching our attention recently or have been in the industry for a while are Alvvays, Milk & Bone, and Dear Rouge. We are also huge fans of London ON band Ivory Hours and are pumped to see them experiencing such success!