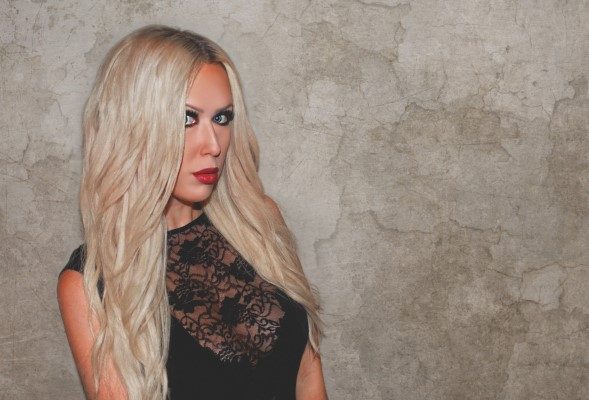 Canadian singer-songwriter Alexis Taylor has been living and breathing music pretty much her entire life. From growing up and singing in various venues, to continuing to grow her passion by studying music at Berklee College of music, to being the opening act for Doug Seegers (world-renowned singer/songwriter) in Scandinavia, Alexis has already jumped off the deep end. Canadian Beats sat down with Alexis in early 2017, so let’s catch up with her now and see what she’s been up to since chatting with her last.

What have you been up to since we talked to you last? Are there any big plans for 2018 and beyond?

So much has happened since the last time we talked! I released my very first single “Blame The Whiskey” on all music platforms in January and have been busy working in the studio on the rest of my EP. I plan on releasing it this coming summer, and can’t wait for everyone to hear it. As for the rest of 2018, I’m planning on doing lots of traveling and performing all over, from Kentucky to North Carolina, and of course to Toronto for Canadian Music Week. I’m really looking forward to it!

What has been the best thing about moving to Nashville, Tennessee?

I think one of the best things about moving to Nashville, Tennessee has been how much I have seen myself grow not only as a musician but as a person. Not knowing anyone upon moving here, it was hard to know which direction to go and what to do. But I am grateful to have met so many amazing people along my journey so far that have been kind enough to help me and encourage me, and push me to do my absolute best. I think it has really made a difference in my career so far and has truly made me thankful for the people God has brought into my life.

Have you met and/or worked with any artists that may have influenced the way you write or perform?

Two artists that I have had the pleasure to work with that have influenced both the way I write and the way I perform would be Ross Coppley and Kris Barclay. Ross is producing my EP that I will be releasing soon, and Kris is one of my favourite cowriting partners. Both Ross and Kris have been good friends of mine for a few years now, and have believed in me from the beginning. They make me strive to be a better musician by not sugar coating anything, and are always brutally honest. Sometimes it’s not always what I want to hear, but it has truly made me work harder and set goals for myself that I did not think were possible to achieve. They have definitely had a huge impact on my life, and I’m thankful for them both.

When you went to Berklee, did you already have an idea that country was the type of music you wanted to sing? Or did you decide that later on?

I actually don’t think I decided to sing country until I moved to Nashville. I always wrote more alternative pop music growing up, since that’s what I listened to for most of high school. But upon moving to Nashville, I knew that country music was definitely the genre I wanted to be in. Both my parents are musicians and have written and recorded in Nashville when I was younger, so it only seemed right that I would follow in their footsteps.

If you could tour with any band/artist who would you choose? And to add onto that, do you have a dream venue you’d like to sell out?

If I could tour with any band or artist, I would probably pick Carrie Underwood because she is so incredibly talented, and has seen so much success as a woman in the music industry. As for my dream venue, I’d absolutely love to play at The Ryman Auditorium or The Grand Ole Opry one day. There’s so much history behind both places, and it would be an honour to perform on the same stage as so many other great musicians before me.

Do you have any favourite songs you like to cover from other artists?

That’s a tough question because there are so many songs to chose from! Sing-alongs are always a crowd pleaser, but nothing beats a good Miranda Lambert tune or some Little Big Town.

Where do you ultimately see your love of music taking you in the future?

I truly can’t see myself not doing music – it’s like it’s a part of me. I want my love for music to encourage people and let them know they are not alone in whatever it is they are going through. Whether it’s falling in love, a bad break up, the best day ever, or the loss of someone they love. I want people to know that they aren’t going through it alone and that they will make it through. I’m not entirely sure where my music will take me in the years to come, but as long as I’m writing songs, and getting to perform them for others, I’ll be the happiest and luckiest girl in the world.

Share this:
Related ItemsAlexis TaylorBlame The WhiskeyCanadianInterviewNashville
← Previous Story Countdown to 2018 ECMAs – Interview with Tactus
Next Story → PREMIERE – To The Trees release video for “Run From Fire”