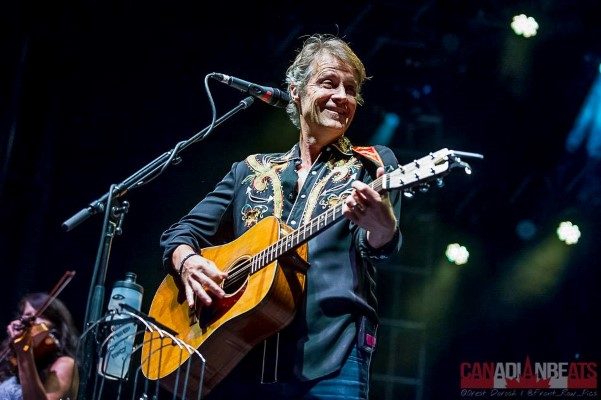 Jim Cuddy has been announced as the recipient of the 2018 MusiCounts Inspired Minds Ambassador Award.

Scheduled to be presented by The Canadian Scholarship Trust Foundation at the March 24 JUNO Gala Dinner and Awards, the MusiCounts Inspired Minds Ambassador Award will recognize Cuddy’s support of MusiCounts.

Through several avenues, including the annual JUNO Cup, which to date has raised $840,000 for MusiCounts, Cuddy and Blue Rodeo have a long history of supporting initiatives promoting music educations in schools.  Cuddy has also served on the MusicCounts advisory board, helping the charity’s mission of ensuring children have access to music education.  Last year, in 2017, Blue Rodeo sponsored the  MusiCounts Teacher of the Year Award; which was presented to Dianne Winmill of North Hastings High School in Bancroft, ON.

Now in its 15 year, the 2018 JUNO Cup, which pits NHL greats against a team of Canadian artists in support of MusicCounts, will be held at Bill Copeland Sports Centre, Burnaby, BC, on March 23.  Announced participants include NHL greats Brad Dalgarno, Cliff Ronning, Dave Babych, Kirk McLean and Troy Crowder, as well as artists Craig Northey (Odds), Devin Cuddy, Grant Lawrence (The Smugglers) and Jim Cuddy (Blue Rodeo) among others.  Tickets are $20 and available through Ticketmaster.