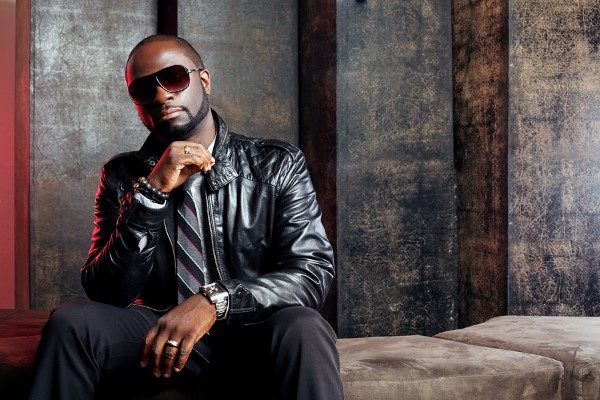 Multi award-winning R&B/soul artist, Carlos Morgan has recently released his single, “Have A Little Faith” off of his upcoming album, Where I’ve Been, Where I’m Going which is set for release in September 2018. We were excited to catch up with Carlos, since we hadn’t spoken to him since 2016, and there was so much new ground to discuss. Enjoy!

We spoke to you back in 2016, what have you been up to since we last spoke?

Since we last spoke in 2016, I’ve been writing, recording and producing my new album. I’m also attending Wilfrid Laurier University to pursue my Master’s Degree in Community Music.

You just released the first single, “Have A Little Faith” off of your upcoming album, can you tell us a bit about the inspiration behind the song?

The inspiration behind “Have A Little Faith” is about having faith, love, strength, and courage to overcome the inevitable trials, tribulations, and hardships of life. I was facing a very difficult time in my life when I co-penned my song with North Easton and Rosanne Baker Thornley. After sharing some of what I was dealing with them, the idea was born for what we wanted to write about.

The single was co-written by Rosanne Baker Thornley, North Easton of “RBTNE” and yourself, care to elaborate on the writing process?

The writing process for “Have A Little Faith” was quite simple. North Easton, who is one of the co-writers on the song created a guitar riff, started humming some melody’s and from there, North, Rosanne and I came up with the melody and lyrics

You also released a video for the single a few days ago, how did the idea for the video come about?

The idea for the video was suggested by the director, Chris Strikes. Mr. Strikes wanted to show the essence of the song through dance.  I wanted a video showing more of life’s struggles, however, Chris wanted a video having dancers express the lyrics and the sentiment of the video expressed through movement. After seeing the dancers rehearse, I was convinced that the director was right about the lyrical dance piece to represent the video. The dancers; Percy Anane Dwomfour and Esie Mensah, who also created the choreography, did a magnificent, heartfelt performance for the video. Every move they did expressed the essence of the video.

Your album, Where I’ve Been, Where I’m Going is set for release on September 18, is there a certain song on the release that you are excited for fans to hear?

How did the album title come about?

The title track of my album is a song I wrote about my life, the pain I endured, I caused and my moving away from hurt, anger, and pain and towards a life of life, love and truth.

Will you be touring in support of the album this fall?

I will be touring my album this fall and throughout the new year. I’m planning to tour across Canada and in the U.S. starting in the Fall. My goal is to get over to Europe as well.

If someone has yet to see you perform live, what should they expect from your performance?

What someone can expect from seeing me perform live is they’ll be witness to a high energy, passionate performance, and concert. I love performing and giving my all to my audiences.

What you can expect from me in 2018 is to hear new single releases, new album release, touring, branding, new marketing and promotion initiatives for my music and company, Solroc Music.

I want to thank everyone for supporting my music. I don’t take for granted all the kindness and support I receive from those who like, support and purchase my music and attend my concert/performances. I am deeply grateful. Please stay tuned for my new album and for upcoming concerts and touring.