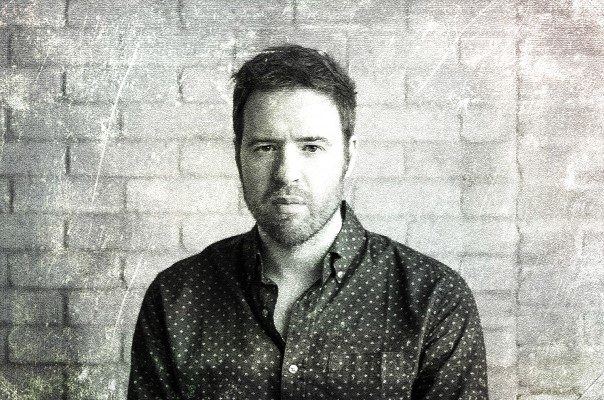 Toronto-based singer-songwriter, Nature Boy, aka Vincent Bertucci will be releasing his album, Opia on March 9 with a CD Release Party that night at The Great Hall in Toronto. Check out the video below, and find out more about Nature Boy in our newest segment of Five Questions With!

When asked about the video, Nature Boy comments,

“Unrequited love can be sad, but maybe less so for our loveable furry friend, Morley. Trapped in a seemingly endless loop of obscurity and introversion, Morley’s plight for garnering recognition from the lady of his fancy (Marnie) often leads to bouts of embarrassment and defeat. Even when rising above, and conquering the toughest challenges, our tragic hero still goes unnoticed. Left to wallow in the sadness of defeat.

Little does Morley know, that sometimes perception is not reality. And, that while his inner thoughts may be riddled with turmoil and longing, his actions (while often fumbling) come from a place of purity and love, and don’t go unnoticed!”

Vincent Bertucci, born and raised in Toronto On, Canada to immigrants of Italian parents. It was at an early age that my parents came to recognize my love for music. They would play their 45s of Frankie Valli and the Four Seasons, Elvis Presley, and The Beatles, which completely mesmerized me. While they were reticent to foster my love for music at a young age (from fear of the “starving artist” stigma), they did so against their better judgement.

They sent me for auditions at the highly touted St. Michael’s Choir School at age 6, where I was accepted. I attended St. Michael’s from age 7 – 17 where I graduated. While there, I learned piano, and music theory. At age 18 I picked up a guitar and learned to play. Never looked back since.

My musical tastes and styles are pretty diverse. I learned about music via the classical model but developed a pallet for rock n roll, r&b, Motown, and jazz later on in life. I studied jazz vocals in university under some well-known teachers including renowned piano players Bob Fenton and Richard Whiteman.

My writing style is difficult to pinpoint as it spans from a fairly diverse place. My breathy vocal sound lends itself to a particular sound, but I sometimes steer outside of that space when singing more rock-driven songs. I’m a big fan of artists like Peter Gabriel, Bon Iver, Paul Simon, and Chris Cornell. While I don’t write like any ‘one’ of those particular artists, they’ve all shaped me in some way as a writer.

Our record release concert for our new album ‘Opia’ is on Friday, March 9 at The Great Hall in Toronto.

The performance is emotive, experiential… I’d say it’s articulate and forward-thinking but caters still to the pop sensibility.

I’m a huge fan of many Canadian artists… It’s tough to just name a few, but here goes: