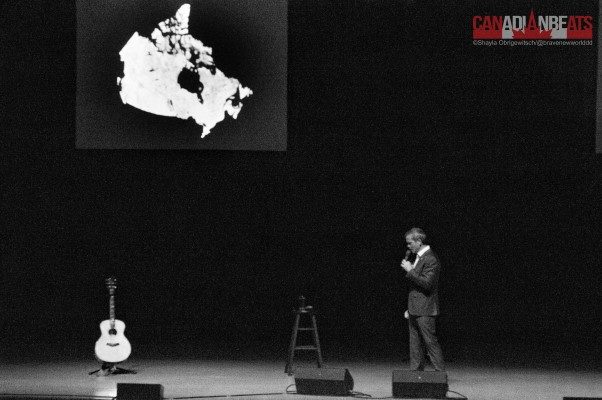 Who: Chris Hadfield
When: March 1st, 2018
Where: The Rebecca Cohn Auditorium, Halifax NS

Chris Hadfield has become a common Canadian household name and was in Halifax Thursday night at The Rebecca Cohn Auditorium for his Canada 151 Tour. The astronaut and musician from Ontario educated the crowd on the geographic and life form history of Canada, the world, and the future of space exploration while playing a few songs in between as well. It was very inspirational and exciting to understand how humankind is still exploring just like thousands of years ago—we take our best technology and a few people and try to reach somewhere we haven’t before.

Hadfield sang and played guitar to “Prairie Graveyard Waltz,” which is a song written about his Great Grandfathers son, and how he died as a toddler due to the harsh winter of the prairies after the family moved there for the promise of land and a good life. He also performed the “Canadian Tire Song,” which he wrote in the late 80s and is about how Canadian Tire is “the last refuge of men.” Lastly, to end the show, Chris Hadfield sang his viral version of “Space Oddity” by David Bowie. In 2013, he posted a video of him performing a karaoke version of the song and it became the first music video performed in space. His 2015 album, “Space Sessions: Songs From a Tin Can” is available on Spotify.

“Your life is the sum total of every little thing you choose to do next.” — Chris Hadfield 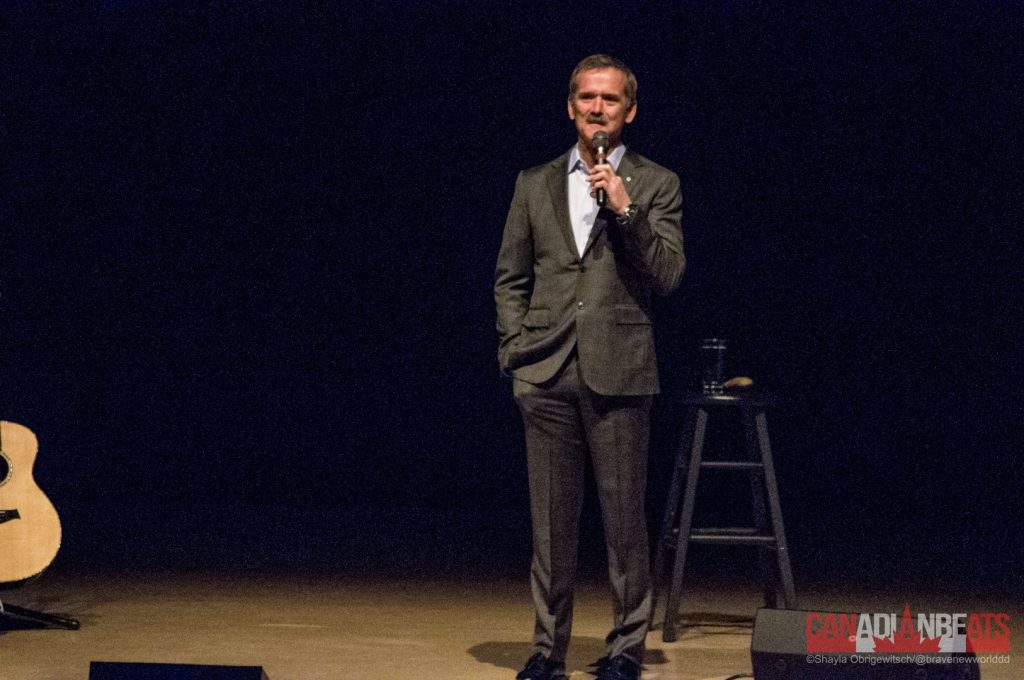 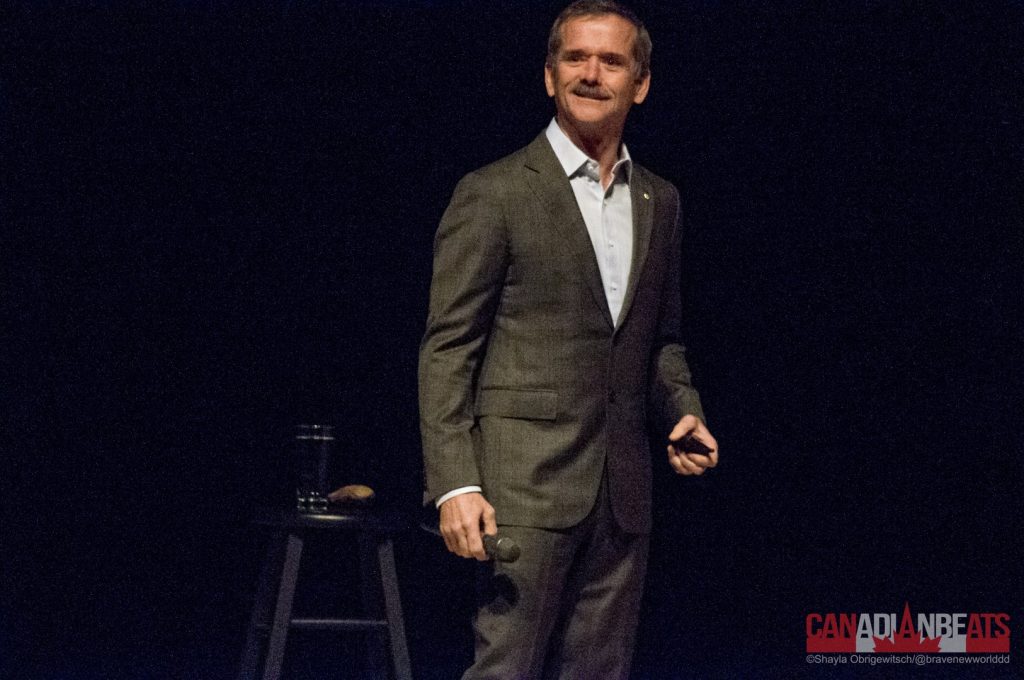 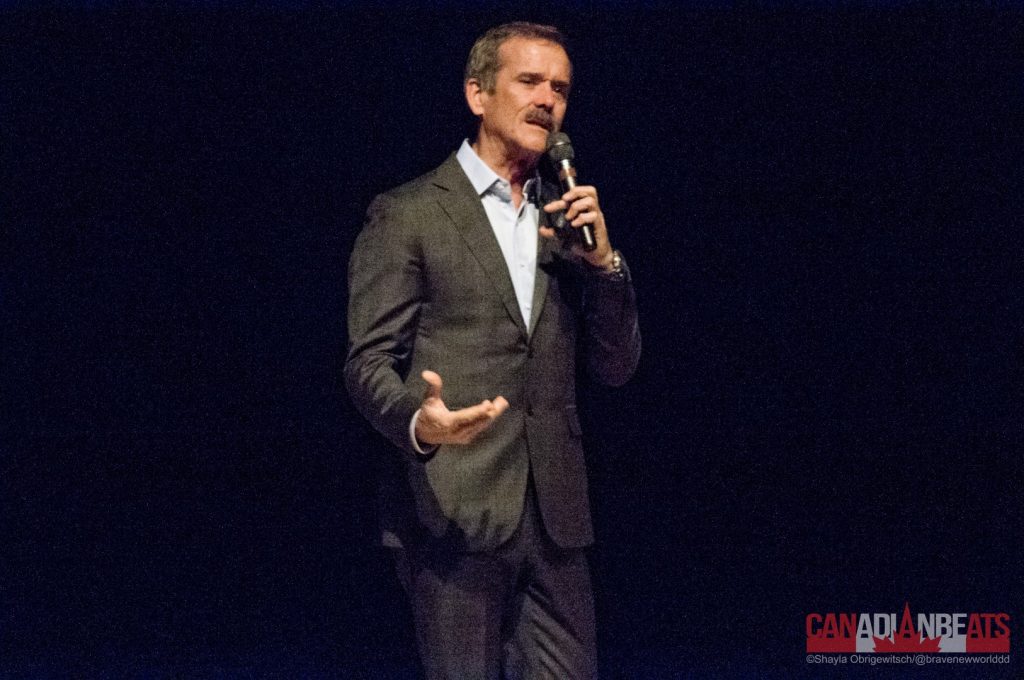 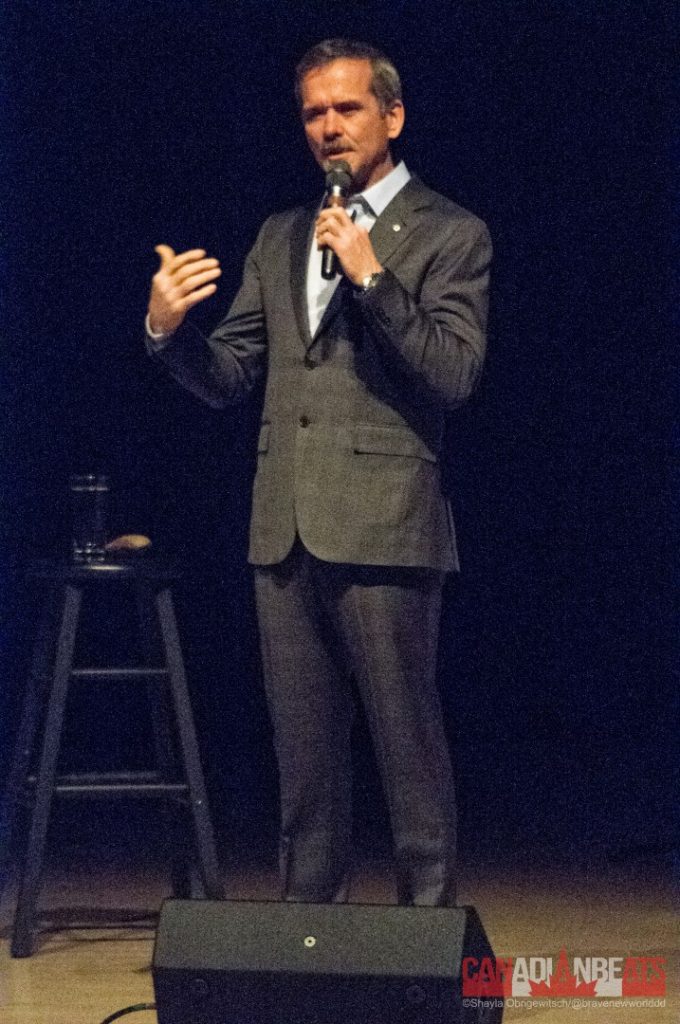 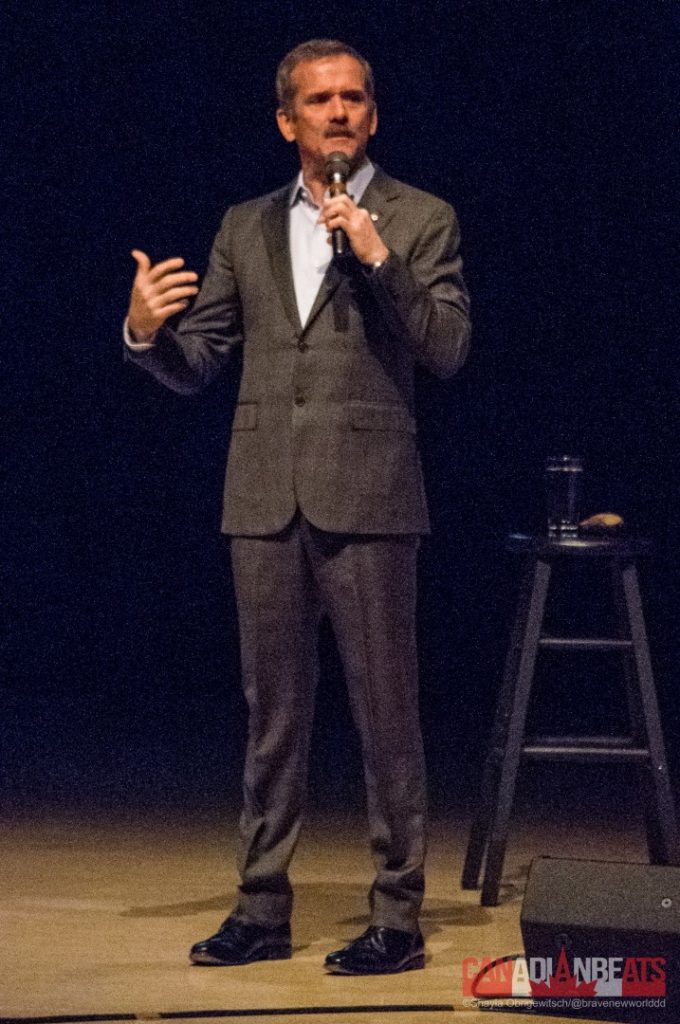