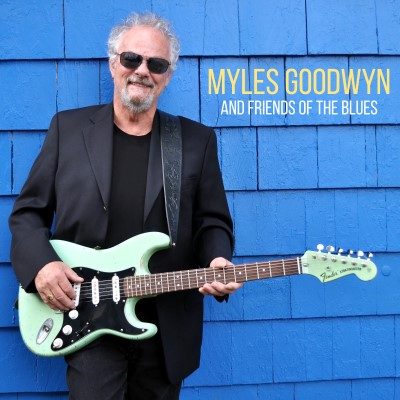 I wasn’t sure what to expect when it came to Myles Goodwyn and Friends of the Blues. Although some may think I’m too young for it, I was raised on the music of the 60s, 70s and 80s, primarily the (now) classic rock bands, including April Wine. Even though Goodwyn completely changed up what I thought was his typical sound, when he started singing in “I Hate To See You Go (But I Love To Watch You Walk Away)”, it was like returning to a place that you’ve been before. It was familiar and brought back memories that were forgotten over the years. “It’ll Take Time To Get Used To” is one of the slower, ballad-esque tracks off of the album and thoroughly shows the blues influence behind his writing. “Last Time I’ll Ever Sing The Blues” is easily and by far my favourite off of the album. It starts off with an incredible guitar riff and follows with lyrics about singing rock and roll, telling a very fitting story.

Goodwyn took the name of this album very literally and has a plethora of music greats such as David Wilcox, Rick Derringer, and former April Wine member, Steve Segal performing alongside him on the album. Although he tried solo work before, there’s something different about this album that seems like it will push him into the next stage of his career, whatever that may be. We talked to Myles about this album and some behind the scenes information before its release, which you can see here.