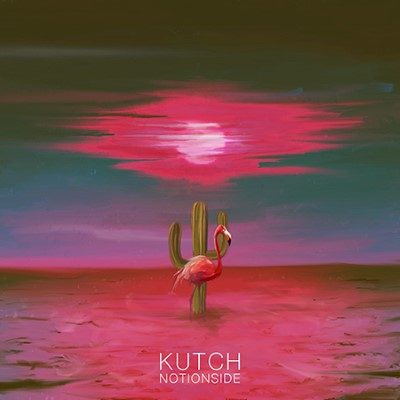 The duo known as KUTCH is made up of Colin Kutchyera & La+ch. La+ch has worked with musicians like Coleman Hell & Sideways Collective while Colin tried many different styles of music to figure out what he wanted. When the duo met up, they both knew what style of music they wanted and KUTCH was born. Their debut album Notionside releases on March 2, 2018.

When I found out that they had released a video for their single “Collectable” from the album,  I went to watch that first. Colin’s voice, first of all, is very unique. He has a great variety of highs and lows that you don’t hear much in music as most musicians seem to stick to one range and don’t risk anything else. Colin looks past that and shows his true vocal talents. La+ch creates some great, funky beats that will have you moving along with the music very quickly.

“Collectable” is a great choice for the opener to the album as people may have heard the song before the album release. The music video is creative, and it talks about how a relationship can be a collectable but problems can arise. The video shows people with their interesting collections of Star Trek, Coca-Cola, spoons, wine, etc. After watching and listening, I began listening to the album and I fell right into its groove.

“No Take-Backs” immediately caught my attention as Colin’s vocals start off soft but get higher throughout the song. “Cash In” is a song I can see them getting a lot of attention for. It has that radio feel as it has a catchy beat, creative lyrics and a style I can only compare to the likes of Portugal. The Man.

“Clubs and Spades” & “Not So Sure” are slower songs but mix well with the album. They don’t ruin the flow of the album, the addition of these songs gives the album a great overall feel. “Bottleneck” and “Medicine” are the best closers to an album I’ve heard in a while. “Bottleneck” is simple and catchy and leads right into “Medicine”, which ends the album perfectly.

As a debut album, I can tell you this album stands on its own. The duo has a bright future in the pop music scene, which is apparent through this release. I’m excited to hear more from them in the future and wish them nothing but success for the years to come.