Riverfest Elora is pleased to announce the Road To Riverfest Tour! 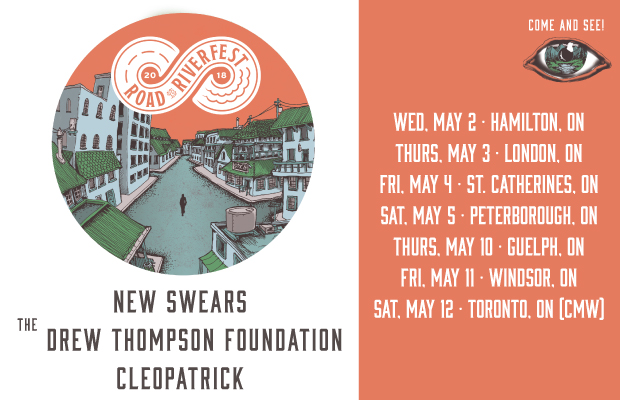 The Road to Riverfest will see 3 exciting & up-and-coming acts perform in 7 cities across Southern Ontario!

New Swears (Ottawa, ON) will be joined on the road by the Drew Thomson Foundation (London, ON) and Cleopatrick (Cobourg, ON) for 7 Dates starting in Hamiton on May 2 and ending at a Canadian Music Week Showcase at Longboat Hall on May 12.

The tour is a launch for the Road to Riverfest Music Series, which will see past, present and future Riverfest Elora performers visit various venues throughout the summer as a part of the festival’s 10th annual celebrations and as a lead in to Riverfest Elora’s 10th edition, happening August 17-19 at Bissell Park in Elora, ON

Riverfest Elora will be announcing its 10th annual artistic lineup on March 22.

Canadian Beats is looking forward to celebrating the 10th anniversary in August.