By Jordyn Armstrong on March 1, 2018@jordynhannah95 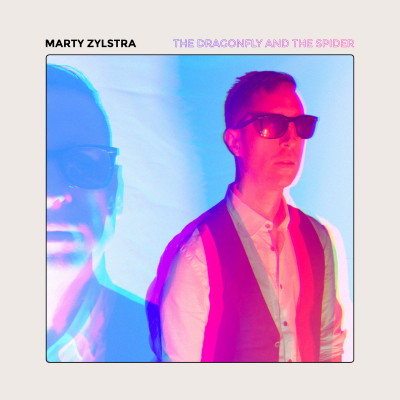 Vancouver singer-songwriter, Marty Zylstra is back with his new EP. The Dragonfly and the Spider is written in the wake of the passing of his mother and sister in the span of two years. The album is full of grieving, heartbreak and even a little bit of hopefulness.

Upon first listen, The Dragonfly and the Spider has a whimsical, mystical and intriguing sound to it, especially in the opening three tracks (“Moon”, “Gypsy Girl/ Martinus”, and “The Dragonfly and the Spider”). However, if you listen deeply you hear every bit of emotion that Zylstra puts into his songs. I have been listening to his music for a long time, even back in the days of his old band Sweetheart, and I have to say that this is probably the most raw I think I have ever heard from him.

One thing I love about Zylstra’s music is that it is so easily relatable. “How Could I” is the best example, I think, off of his EP. He repeats himself asking how he could live without someone, and I think we all can relate to that, whether its a mother, sister, friend, your first love, grandparent or anyone in between. It’s about losing someone close to you and you now have to figure out how to move on with life without someone who was always there.

“(Dance) to the beat” was released earlier. I think it is a good break on this album from the slower and more grim songs. It’s more upbeat and it’s definitely one of those hopeful songs I mentioned earlier. Sometimes, getting up and dancing and hanging out with someone you just met is relieving and sometimes can be the best medicine.

Overall, this is probably my favourite release from Marty. I like where his music is going and that he was able to open up about the heartbreak he has experienced.