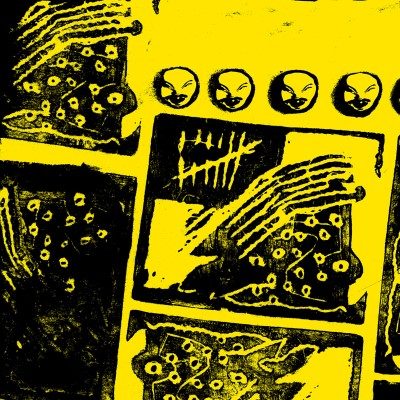 Hailing from Montreal, Quebec is Everett Bird, an experimental rock group hot on the release of their debut full-length record, People Person.

Opening with a sense of obscurity reminiscent of Nine Inch Nails but with the care-free bounce of Beck, People Person starts with “A Blessing In Da Skies”.  The track is driven by a tight and slightly funky groove on the drums with the ambient and dissonant droning of an electronic guitar.  While it is clear from the get-go that this is by no means a commercial record, it is equally as clear that Everett Bird are not only aware of this, but they simply do not care.  As the record continues, the experimental nature of the band seems boundless as they create soundscapes that are both contrastingly bare and abundant with sonic textures.  Naturally, this is not a record for everyone; but that is where it’s charm lies.

What I appreciated most about People Person was the attention paid to creating a tight and steady foundation built on groove. Often, most projects that can be described as art rock often lose that element or even a level of tightness; however, that is not the case with Everett Bird.  This is heard not only in the opening track, but throughout the record; whether it be the shifting pulses of “Bucket Of Dark Meat”, or on the closing song “Slitherin’” – that is also adorned with a rich layer of vocal harmonies.  It is clear that People Person is not only a record of immense creativity and harmonic adventure, but it is one that follows a tight band that has honed their craft together for a considerable amount of time.

Everett Bird’s debut record, People Person is a strong start for the experimental rock outfit that is bound to be a hit among the art rock crowd.  Over the course of nine tracks, the band dives into what feels like an endless well of creativity to create an unexpected listening experience that twists and turns at every chance it gets.