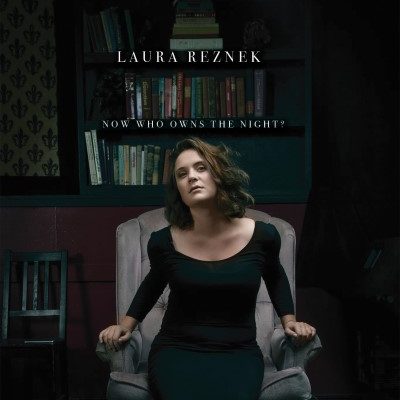 Laura Reznek, a singer-songwriter, and multi-instrumentalist based out of Vancouver, British Columbia, released Now Who Owns The Night in Fall 2017. The follow up to the 2014 release of her album, Who Came Before Us, was created while she was living in London and working in a ramshackle piano shop in the Camden Market.

According to Reznek, her music can be “characterized by dusky, ethereal vocals, and the bold instrumentation of downtempo cabaret pop.” Her lyrics draw on history, memory, and philosophy, and they sing of a tangled internal world, and the things that keep us up at night-storms and cityscapes, guilt and ghosts”

The EP begins with a track called “Tall Grass”. Rezneks soulful voice is sure to entrance the audience as she graces us with an emotion-fueled melody. It has a nice, wide ambient sound, with effects to capture attention and leave our imaginations running wild.

“Behave, Be Kind” begins with a quiet, almost whimsical melody with the addition of percussion at just the right intervals. Throughout the track, Reznek repeats the words “Behave, Be Kind” and “When I was a child”. This repetition aids in capturing the attention of the audience.

“Crickets” was released as Rezneks first single from the album. It begins with emotion filled lyrics and melody. This was a perfect first track to release from the album as it showcases everything that this album has. This is definitely my favorite track.

On the final track on the EP, “High Water” Reznek simply uses a piano to create an ambient feel; a common theme throughout the album. Reznek does not use the typical bells and whistles to fill in a melody, which creates a reflective and hopeful feel.

Since her return to Canada, Reznek has been busy with the recording and release of this album and co-founding Terrified Swan Records. This record label focuses on supporting females/female-identifying musicians, as well as serving as an event promoter that puts on cross-collaborative and multi-disciplinary events. Now, Who Owns The Night was the labels first release. Take some time to support both and go check it out!