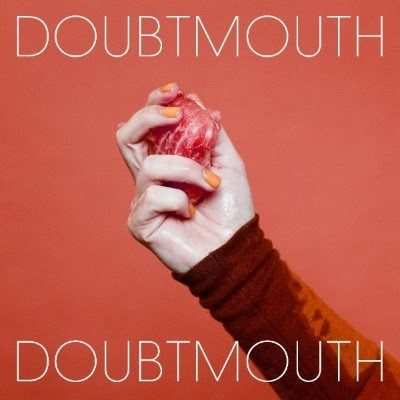 Toronto based For Esmé have released the lead track, “Doubtmouth” from their upcoming album, Righteous Woman which is set for release on May 25, 2018. Frontwoman Martha Meredith shares on the new single,

“Over the past few years I’ve worked in four different all-male teams for various jobs and I was exhausted from all the tiptoeing I felt I had to do to be heard. I found repeatedly that if I spoke the same way the men on my team did, that I would be treated negatively for being  ‘too confident’ or ‘too outspoken’ or ‘too combative’ — even though it was precisely these traits that got me those positions in the first place.” She continues; “I have experienced being labeled an ‘angry woman’ first hand, and I am a very level person. I dove into some psych studies and found the results disturbing. In a blind test, when men and women promote the exact same opinion assertively to a group (word for word), subjects overwhelmingly shift their opinions to agree with the man when he speaks, and are more likely to push against and oppose the same view if it comes from a woman. It was a relief to discover this wasn’t in my head, but it was also incredibly frustrating — if the bias runs that deep in both men and women, how do we overcome it?”