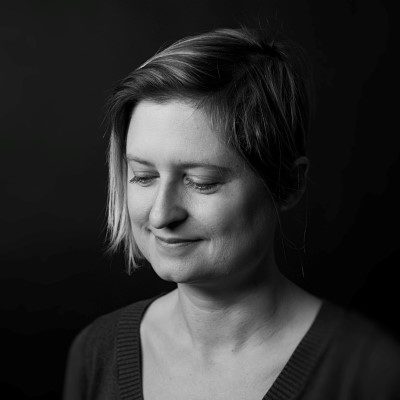 Montreal based singer-songwriter, Martine Groulx, aka Camaromance has announced that her new album, Chasing Clouds is due to be released April 6, 2018, via Simone Records. She has also released the first single entitled “Audrey”, which you can check out below, along with our newest segment of Five Questions With!

When asked about the song’s subject matter, Groulx states,

“This song is about the potential of the evening to come when friends make their way out on the town with high spirits in search of love and new adventures. Who knows? Maybe they will find Mr. Right.”

If you’re in Montreal on April 4, be sure to check out the live debut of Chasing Clouds at Le Ministère. Get more info on the show HERE.

Hi! My name is Camaromance. I’m about to release my fourth album called Chasing Clouds, which I’ve been working on with my friends for about two years.  My last album was a while back and I am super excited to be making music again.

This album is a two-year journey into my quest for happiness. I called it Chasing Clouds because in one of my songs I say that we’ll be the wind chasing the clouds away, which I really believe we can be. It’s written to be like me telling secrets about the different people I’ve loved and challenges I’ve encountered in the last few years that made me the person I am today, a woman that I’m proud to look in the mirror.

I do! I’m launching the album at Le Ministère in Montreal on April 4th. I’ll start touring later on in the year.

We’re releasing the first single for the album and it’s called “Audrey.” It’s a song about how wonderful it is to spend some a night walking around Montreal, looking for love and adventures. I think it’s a perfect place to start to discover the album. It’s romantic and upbeat and has a nice daydream vibe that celebrates friendship.

Well, outside of singing, I also own a record label called Lazy At Work and work with some amazing francophone rock bands like Galaxie, Les Dales Hawerchuk, Navet Confit, and Fuudge so I’ll start with them! I’m also a huge fan of Dan Mangan, Laura Sauvage, John K Samson, and Antoine Corriveau. My favorite album of 2017 was Twin Solitude by Leif Vollebekk.