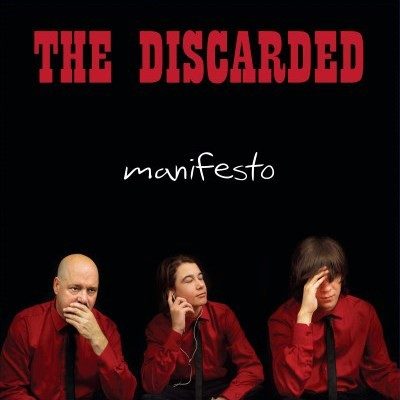 Two years, two albums, and it doesn’t seem The Discarded has any intention of stopping. Releasing their first album in February 2017, the band is following up with their next one entitled Manifesto. Bringing back the raw feel of the Ramones and Cramps while mixing it with a garage-rock atmosphere, Manifesto is a ten-track old-school punk album; lyrically focused on the world they live in, and how it should be.

“Toxic Reasons” is the first track, kicking in with all the instruments brings out the classic garage-rock and underground pubs of the 70s-90s feel. With lyrics such as “The more I learn, the less I know” this will definitely open your thoughts to the album in a different way, each time you listen to it. Yet with their upbeat tempos, it will also get you jumping around.

“Mango Mussolini” may be the shortest track on the album but just like the rest of the album, it brings on a quick energetic feeling, that is infectious. Though with not much lyricism to the song, it goes to show that everything they put out on this record will be viewed differently by everyone. Yet because of the focus on the world we live in and how it should be, it shows that we have to have a balance of positivity (mango) and negativity (Mussolini) or going back to it a second time and realizing it’s the state of America and its president.

“President (Peace & Love)”, similar to Mango Mussolini, shows the state of the American government but while evoking the feel of the Ramones, Sex Pistols and various “political punk bands” the music itself will have you out of your seat and banging your head, while forcing you to think more critically about the things going on around you.

While the band has its wild punk antics, they still have some deeper messages in their songs that they want you to take notice of. If that means you’re jumping around with your friends in the pit while doing so, then so be it. You won’t be disappointed with this release, so grab a copy for yourself and check them on the following dates on the East-coast.