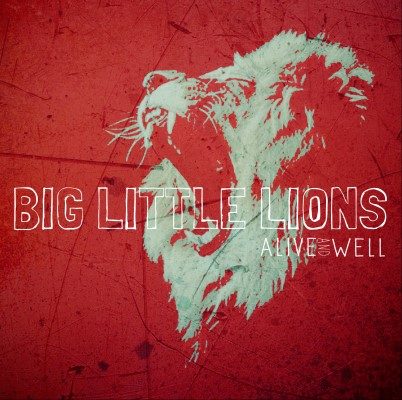 With bands like Of Monsters & Men & The Lumineers making mainstream success, it opens new doors for more and more unique sounding bands to jump into the eyes and ears of many new listeners to music they’ve never known they liked.

Enter Big Little Lions, comprised of Helen Austin & Paul Otten. The duo is a sight to see, as they play multiple instruments at a time during live performances. The duo are releasing their newest album Alive and Well on February 23 and I got the awesome experience to hear it early and boy, was I impressed.

One of the more interesting facts I learned from this album was that Austin & Otten wrote and produced the album through emails, as they reside in completely opposite sides of North America. It’s amazing how they could produce such a great album without ever recording in one place together.

I can promise you that you will have a favourite on this album, while someone else will have a completely different one. I personally enjoyed “Unicorn” the most. It starts off slow but picks up super fast. I found myself going back to that song during my multiple listens to the album.

I can see big things on the horizon from Big Little Lions. I can see how their name can predict their future, as right now they are a little duo but moving on to bigger things. I may be looking too deeply into that but I’m positive that they will have great success, especially if this is just the start for them.