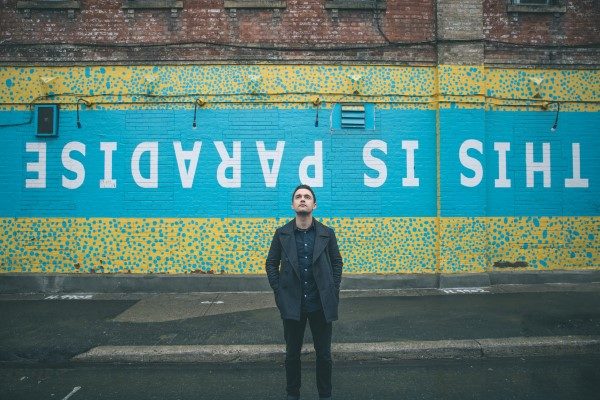 Vancouver based singer-songwriter, Joshua Hyslop has released his third full-length album, Echos via Nettwerk Music. The album features lead single, “Fall“, which is a gorgeous track that I highly recommend. The vocals are absolute perfection, and the music that accompanies them is hauntingly beautiful. With eleven tracks, there is certainly something on this release for everyone! You can stream the album via Spotify below, and also find out more about Joshua via our newest segment of Five Questions With.

My names Joshua Hyslop. I’m a singer-songwriter on Nettwerk Records living in Vancouver, BC.

My writing style is pretty sporadic. Sometimes I can’t write it all down fast enough, sometimes there are dry spells. I just try to put in the time either way. As for my music, I’ve never embraced any one style really. I just try to do my best with each idea when it comes.

I do, but they’re all still yet to be announced. My new record comes out February 23rd, and I’ll be hitting the road a lot in support of it. We’ll be announcing shows soon!
My live show is something that is still and will hopefully always be developing. Sometimes I tell stories, sometimes I just need to keep playing. It’s usually a reflection of what’s going on inside of me. Either way, it’s heartfelt. I still get very nervous before performing and I think that’s why.

Oh, man. I don’t know. I’d probably awkwardly avoid the question altogether or just pick one at random and then leave the room. I’ve never been able to listen to my music with other people around. I’d probably pick something off the new album like “Stand Your Ground”.

I’ve been a fan of Donovan Woods for a while now and he just put out a new song that’s pretty solid. He’s definitely up there.