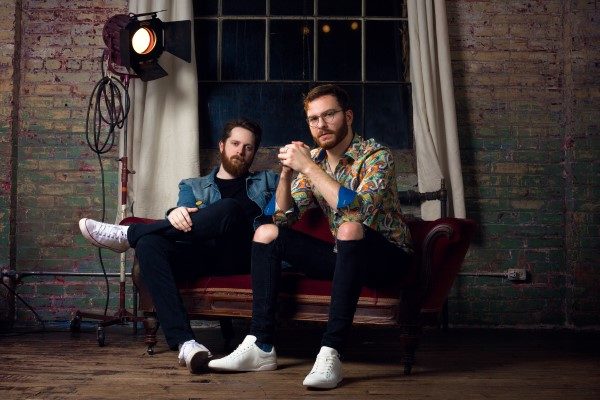 North-Toronto based alt-rock duo, Graywater have recently released their debut single, “Nothing At All”, which you can check out below. They will be releasing an EP in the near future, so stay tuned for that and take a few moments to find out more about members Alex Hicks and Graham Queen in our Five Questions With segment.

Of course! I’m Graham Queen – Gray for short, and I sing and play guitar in a brand new alternative rock band from Toronto, ON called Graywater with Alex Hicks, who also plays guitar. Currently, we have one song released as a single called “Nothing at All” available to stream now. I won’t bore you here with our whole life story, if you want to learn more about us, follow our Instagram @graywaterband and on Facebook (we’ll be doing a giveaway to our followers very soon, don’t miss out!)

I don’t want to give too much away because you really do have to hear it for yourself. However, I will say that the music tends to feel at home in the broad genre of Alt-Rock. Lots of guitar riffs, catchy lyrics and melodies, grooves that make you dance, beats that make you jump — Think Kings of Leon meets The Strokes meets The Sheepdogs —- honestly, check it out for yourself on Spotify or Apple Music.

Yes, we do! Alex and I have been playing together for close to a decade in other projects in different genres but Graywater is the creation of what has come of all that. We have our first show on March 1 at Lee’s Palace in Toronto. We’re going to be trying out all brand new stuff for us so it’ll be a surprise for everyone! Our performance is an energetic one to say the least. Alex and I sing a lot of harmonies and play a lot of duelling and harmonious guitar parts. It’s a high-energy rock show, you won’t be disappointed when you come see us on March 1st!

So as of right now, I would suggest taking a listen to our debut single, called “Nothing At All”. It’s available on almost every platform out there from Apple Music, Spotify, iTunes, to Youtube and more. It’s a bit of an anthem for anyone out there who speaks how they feel regardless of the consequences. We’ll have more music out to listen to in the next month or so and an EP available in the spring.

One band both Alex and I have been listening to like crazy is a rock band from Edmonton called Royal Tusk. They’re a huge influence on our writing. Big Wreck is another Canadian rock band that’s always been important to us. Last year we were both at the same Big Wreck show, which partly inspired us to get together and start writing some new music. Another band we’ve been into lately is a hometown band called The Elwins, they have a great new record out that we’ve both been listening to lately.