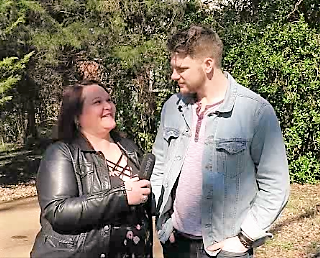 Real change can only happen when a pivotal moment in our lives takes place. For some, those moments come early in life and to others it is later, if at all. For Greg Rider, it was a fateful car accident at 21 years old.

Growing up in Waterdown, Ontario, Rider lived a life very different to what he wanted. Yet, he was too afraid to change it. In his heart, he felt destined to create something bigger than himself and his entrepreneurial spirit was about to set those wheels into motion. The accident had awakened him to how he wanted his life to be. If he had of died in that car accident, how would people remember him? To him, it was not positive, and it was time to do something about it. He made up his mind to live life being fearless, not fearful.

Music had been an influence on Rider, but he never did anything to pursue it until his 20’s, considering himself a closet singer and only picked up guitar at age 20. In time, this was to change. As he built his confidence, he began to play locally in a duo. When the duo disbanded, it was time for Rider to take his next leap of faith. He accepted a job as a Bartender in the Cayman Islands and spent his off time writing and performing at open mic opportunities. One day, he met someone who asked him what he was doing there? She said he needed to be in Nashville and not long after that, he made the move.

Since living in Nashville, Rider has submerged himself in music and grown considerably as an artist and songwriter. He is planning the release of his first EP shortly. He has partnered with Bandtwango, a company in Nashville that helps independent musicians raise money for projects. The EP campaign will launch on Feb 21st, 2018 and will offer a variety of incentives for donations.

Aside from music, Rider is also an author. His first book, The Uneasy Man, was released through Amazon early in 2018. It is a self-help guide based on his story of how he over-came his struggle with Anxiety and Depression. The book is geared towards youth and young adults but, can benefit anyone looking to expand their knowledge on the subject.

What’s next for Greg Rider? It’s worth sticking around to see.