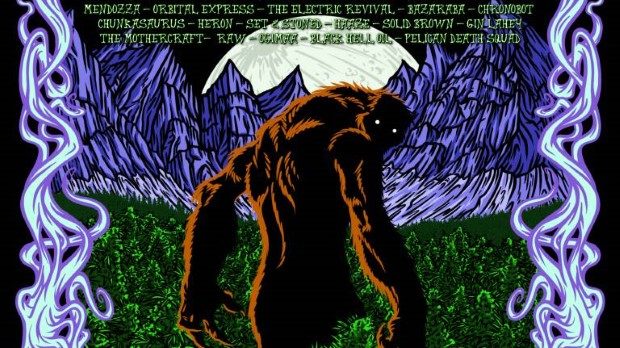 Now, it’s that time, the festival has announced their full line-up including headliners Dopethrone, Brant Bjork, Sasquatch, and La Chinga, alongside some great local, national and international acts.

Dopethrone have been uniting crust-punks and stoners since 2009. Need to mosh and headband? or maybe you just want to chill out to some heavier music. Then this band is for you!

Brant Bjork is a name you most likely heard floating around. With a 20-year solo career mixed in with various bands including Vista Chino and Kyuss. Be prepared for laid-back sets with desert-rock groove mixes. As Bjork brings in his fusion of desire rock and EU heavy underground styles, you’re guaranteed to be grooving through the night.

Sasquatch, hailing from Los Angels brings out the 70s and mixes their metal, rock and psychedelia. Already having their music featured in the reissue of clerks, sons of anarchy, and Viva La Bam alongside others. With 5 solid albums under their belt. Sasquatch will have a jam-packed set, with heavy rock and roll to make memories too.

La Chinga; this trio hailing from Vancouver will get you grooving with their psych-rock grooves, influenced by Sabbath, Led Zeppelin and MC5. Releasing their debut in 2013.

Tickets are on sale now. and will get ticket holders into the festival on April 19, 20 and 21 and additional 420 Music and Arts Festival Events to be announced at a later date. The advance festival 3-day passes are now available for $69 CAD (plus applicable service charges) until April 1st then will increase to the regular price of $89 (plus applicable service charges). If you are unable to attend the whole festival or just want to save a few dollars, limited quantities of individual day tickets will be available beginning March 1st. Festival passes available online only at the festival store HERE.