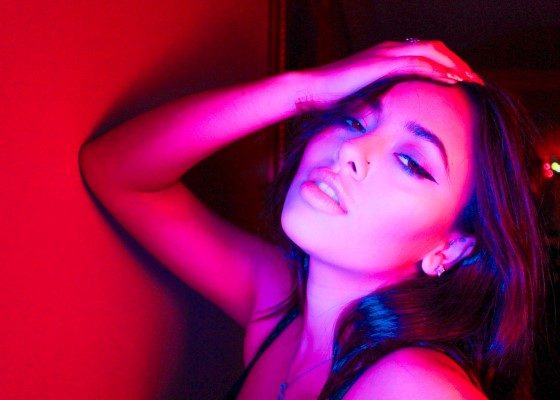 She’s already established a career in the film and entertainment industry, but Soma Chhaya is taking her talent one step further. Even though she’s only 19-years-old, she’s already accomplished so much. From being in hit TV shows and films like Degrassi: Next Class, Saving Hope, Poltergeist, and most currently The Breadwinner, she’s ready to delve back into her music roots and shine on. And while she’s been singing for quite some time, stage fright stopped her cold at the age of 10. And while she decided to focus on acting, she still took the initiative to keep writing her songs and finding inspiration. Now she’s released her new song “Forever Boy” and is ready to move forward with this simmering passion for her music. Soma Chhaya may just be starting out, but if her talent says anything, she’ll be around for years to come. Check out our interview with Soma below to find out a little more about her life, her music and her acting career.

Are there any particular skills you have from your acting career that you find yourself using in your music career?

Oh, all the time! As much as my music is me, it’s an alter-ego version of me, so it’s like a character. Acting helped me figure out what kind of character I am, and the aesthetic I want my music and vibe to carry. My singing career is like the dream character I’d love to play or be, the coolest version of myself. It also developed my cinematography skills, which I use when I edit, write and produce my music videos.

100% because it built my confidence on stage. I always had stage fright growing up, but then being around cameras all the time it made me feel more comfortable being in the spotlight. Now I love it, I look forward to singing in front of audiences no matter the size.

Do you have a specific process when it comes to writing songs, or do you just go with the flow?

A bit of a process…I just have to be in a certain mood and I’ll just start humming and record on my voice memos on my phone. Most of my songs derive from me just singing random stuff and I’ll listen back to it and end up developing it further. Also, cigarettes tend to get my creative juices flowing too. Funny enough, I still have the original audio recording of ‘Forever Boy’ when I was just walking on my street at night improving! That’s how the song came to be.

Are there any musicians out there that you look up to and aspire to be like?

I love Gwen Stefani, Eminem, Sky Ferreira, Die Antwoord and Grimes the most. They’re always on repeat in the car. But I also love each of their fashion styles too. In general, they’re so unapologetically themselves, they don’t care, and it inspires me to never feel like who I am isn’t good enough. Also reminds me that not everyone is going to like you and its okay, as long as you love yourself.

Do you find it comes easier to get exposure when you’ve already established a fanbase with you being in shows and films like Degrassi: Next Class, and The Breadwinner (to name a couple)?

It most definitely helps me. The fact that I may be new to music but not the entertainment business has given me leverage. Not to mention the dedication of all the Degrassi fans makes building a new relationship with them, with me as a singer easier. They already know me as an actor so I don’t have to start fresh as a new artist. They get to know me in a new way!

You’re at a very influential age right now. Do you want to be seen as a role model for those who are trying to enter the film and entertainment and/or the music business?

I’d love to be seen as a role model, that’d be the biggest compliment ever! I know that some people see my art and image as controversial or unorthodox, but I think that I’ve always been a misfit growing up and I want other artists who feel like me to not feel alone. It’s okay to be weird, and it’s okay to be provocative. I want people to know it’s good to make art that pushes boundaries and proposes questions in mainstream thinking. Inspiring people is one of my goals for sure.

Do you have any advice for those who are trying to kick-start their career?

Don’t give up and don’t let anyone tell you how to make your art. There is no right or wrong in art, and it’s always the people who just do what they feel is right in their hearts who succeed. There is always going to be someone who says what you’re creating won’t work, but if you compromise it will never be as fulfilling. Besides, what good is a successful career if you don’t even get to make the art that you’re passionate about. How boring.

Tell me a little bit about “Forever Boy”? What was the inspiration behind the song?

I had just gotten out of a long-term relationship, and tinder seemed hopeless, and all I wondered was what it would feel like to fall in love again but with the right person. So I imagined the feeling that I would have if I had found my soulmate (I’m a hopeless romantic) and these were the lyrics that flowed into my mind. This song is sexy and electric, but the melody and instruments are a bit haunting. There’s a certain emptiness to the song which I love because when you’re in the midst of love, there’s always a subconscious fear of loss. I wanted to capture both aspects of falling in love, the beauty and the fear.

I’m planning on balancing both and so far it’s been working well. Music is what I work on when the acting industry slows down since it comes in waves. If I’m not constantly being creative or working I go nuts, so it’s fitting that I can rotate between the two.

What do you do different today that will help with the stage fright that stopped you when you were younger?

I don’t care about the result of my performance or how well I sing as much as I care about just having fun. I want to make other people have fun too when they watch, so once that became my goal with performing it became so much less stressful and nerve-racking. Once I stopped looking at performing as something I have to get over with and looked at it as an opportunity to express myself, it became one of my favourite parts of being a singer.

Do you have any rituals that keep you calm before hitting the stage?

I just take some deep breaths but most of all I do something fun that makes me at ease. I listen to pump up music or I love or talk to my parents/friends. I try to laugh before performing, it puts me in such a great mood that makes me just wanna have fun on stage.

Do you have anything exciting in store for 2018?

Yes! Hopefully an EP or full-length album by the end of summer. It’s in the works right now! Also, the animated feature I’m in The Breadwinner is nominated for an Oscar, so fingers crossed!