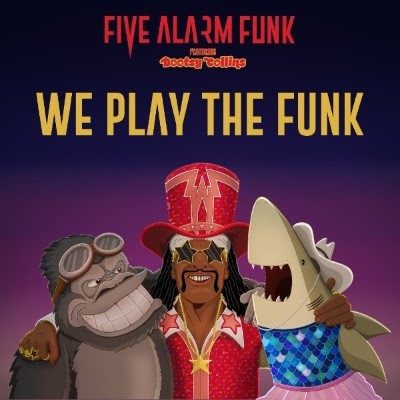 “When I 1st heard “Five Alarm Funk” it felt very familiar & something I could embrace, so it was a no-brainer for us to do something together. They sent me this track & I felt it was fresh food for funk, so I wrote some funked up lyrics to it. Looking very forward to working more with them in the near future as well.”  said Bootsy.

The song will be featured on an upcoming Mini EP entitled Boots & Wheels due out on March 9, 2018. On top of this, the band kicked off a string of North American dates last night in Spokane, WA. See the upcoming dates below.