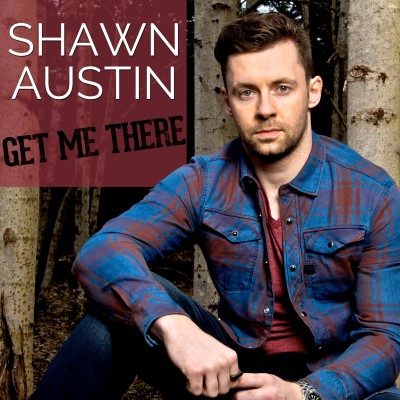 2018 should be an exceptional year for Vancouver-based country music artist Shawn Austin. Coming off his 2017 high from the success from his Top 10 hit and debut single “Paradise Found,” his label deal with Platinum-selling country music star Dallas Smith’s SteelHead Music and his run as the featured special guest on Smith’s Side Effects Tour, this year will prove to be just as successful for a couple of reasons. The first reason – today, he released his new single “Get Me There” not only to Canadian country radio but also digitally.

Austin’s style has been compared to music icon John Mayer and country superstar Brett Eldridge. His “honest lyricism and smooth, sultry, laid-back sound that made him one of the top ten most-played Canadian artists on country radio last year.”

Austin sings this impressive ballad as if he is whispering sweet beginnings in your ear. “Get Me There” has a warmth to it and it makes you want to sway to the beat, makes you believe in the first flush of love.

This tune is the start of cementing Austin’s place in Canadian country music and what his fans have been waiting for from this remarkable artist.

“Get Me There” is available for download and streaming here.

The second reason why 2018 is going to be a great year for Shawn Austin and his fans is that will perform the new track when he hits the road for a handful of dates with Gold-certified U.S. country music artist Chris Lane this March, followed by an Ontario run with Alberta sibling duo High Valley in April.

If you’re in the area and want to check out Shawn Austin’s sound, here are his tour dates.

Share this:
Related ItemsDallas SmithGet Me ThereHigh ValleyParadise FoundRed Umbrella PRShawn AustinSteelHead Musictour
← Previous Story Sean Jones releases new single, “Stole”
Next Story → Valentine’s Day was a great day for River Town Saints as they released their new single “You Get to Me” to country radio