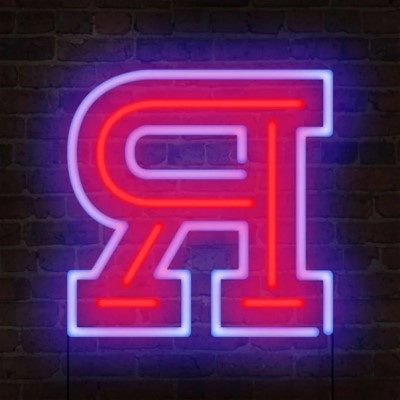 Jenna and Stuart Walker, brother and sister, artists, siblings; no matter what you want to call them these two talented individuals make up one of country music’s hottest and newest duos, The Reklaws. In 2012 after receiving the winning title in the CCMA Discovery Program, The Reklaws were on fire and then went on to bring home the top honours in the 2013 Boots & Hearts Emerging Artist Showcase. Their wins landed them opening spots for major country artists and even a deal to record and release their own music. After their successful wins, The Reklaws released their first few singles “Kiss Kiss,” “Sun Drunk,” and “Seeing Stars” and they have never looked back.

With the momentum from their early releases and some major national radio tours, The Reklaws caught the attention of and penned a new music deal with Universal Music Canada. They went on to release “Hometown Kids” which not only gave them a charting single but was also featured on Prime Minister Justin Trudeau’s Summer Mix for Spotify. The Reklaws dropped the video for “Hometown Kids” last August and it has now become an instant fan favourite both live in concert and across social media. With almost 300,000 views on YouTube and over 1 million streams on Spotify alone, you can tell fans can’t get enough of their catchy country tunes.

From their humble family beginnings in Ontario to rolling out major releases through Universal Music Canada The Reklaws have just released the follow up to “Hometown Kids” with their brand new EP, Long Live The Night. Now available through all major music platforms, the three track EP is hot, fresh, and is something you will definitely want to add to your country playlists. The Reklaws teamed themselves up with some equally talented individuals on this new project. From working with songwriter Travis (T-Buck) Wood from James Barker Band, and songwriter/producer Todd Clark (Dua Lipa, Serena Ryder, Goo Goo Dolls) for the upbeat and anthemic title track “Long Live The Night,” to a full-on-awesome collaboration with fellow artists and label mates James Barker Band on “Wish You Were Beer,” to the funky-blended track “Last Call” the EP offers up three solid tunes.

“Long Live The Night” has that feel good, stay young feel that is taking country music by storm. Jenna and Stuart share the lead and blend their vocals to create some creative contrast. This is one of those songs where a group like Lady Antebellum will hear and go “Why didn’t we write that?” My personal favourite on the EP is “Last Call.” Jenna takes the reins on the vocals, but the track is pure listening pleasure. It’s got a great beat and some catchy lyrics, and you will be singing along your first listen for sure. “Wish You Were Beer” sees Stuart taking the narrative along with James Barker Band for this tongue in cheek, make you smile and laugh out loud tune. I loved the acapella ending and the fun feel throughout the track. The EP has a consistent sound and The Reklaws blend their influences and musical elements with ease. Capturing some traditional country sounds and fusing them with the new wave taking over country music is not an easy task.

Jenna and Stuart have an awesome dynamic as a duo. Their vocals blend, and their talent speaks for itself. Long Live The Night is only a three-song EP, but those three songs are each equally impressive and make you only want more music from The Reklaws. With the release of Long Live The Night we are guessing that The Reklaws will have a very busy 2018. With countless opportunities to continue to bring their music to the stage for their fans, we will be keeping our eyes on them just for you. Check out the new EP and give these young artists a chance, you won’t be disappointed.