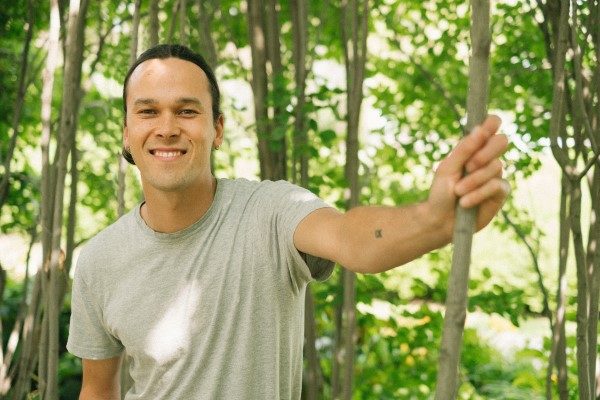 Toronto, ON-based singer-songwriter, Justin Nozuka is no stranger to being in the spotlight. He released his album, Holly in 2007, and it was an instant success, at only 17 years old. His sophomore album, You I Wind Land and Sea was released in April 2010 peaked #1 on the Billboard Heatseekers Chart and is certified Gold in France. He has performed on various popular talk shows, such as The Late Show with David Letterman, Jimmy Kimmel Live and Good Morning America and has toured the world supporting such talented artists as Stevie Wonder, Mary J. Blige, John Mayer and more! Throughout his career, Justin has received an NRJ Award (France) for “Duo of the Year”, as well as two JUNO nominations.

Justin has recently released his newest EP, Low Tide via Glassnote Records, which followed his previously released High Tide EP. Low Tide consists of three songs including the single, “Warm Under The Light”, which you can check out below. I can see why this song was chosen as a single, it has a beat that makes you tap for feet, and lyrics that embed themselves in your head. It isn’t hard to see why Justin has accomplished some high praise throughout his career. When we asked Justin about the video, he replied,

“”Warm Under The Light” is a song about a neighbour I had. We used to smile at each other from our balconies, no denying I was infatuated. The video was shot on tour in LA/NY and Toronto by my brother and a best friend. We hope you enjoy it!”

Warm Under the Light by Justin Nozuka on VEVO.

Justin is currently on a co-headline US tour with Good Old War which kicked off last night in Philadelphia and will be followed by a European tour. You can see a full list of dates HERE.