As Ottawa trudges through another cold and unforgiving winter, the city’s largest music festival rolled out its summer lineup this week.

The festival will feature over 100 separate acts, including appearances by Hanson, Chromeo, Three Days Grace, Colin James and the War on Drugs. 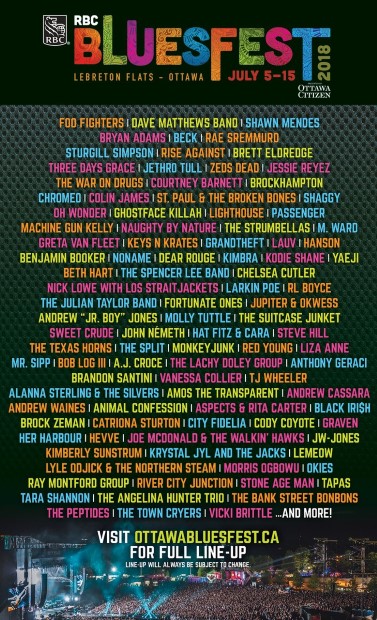 Pre-sale tickets will be available starting February 15 at 11 a.m.  Make sure to visit https://www.ottawabluesfest.ca/ for the most up-to-date festival announcements.