PREMIERE – Lovers Touch releases video for “This Is An Arrangement” 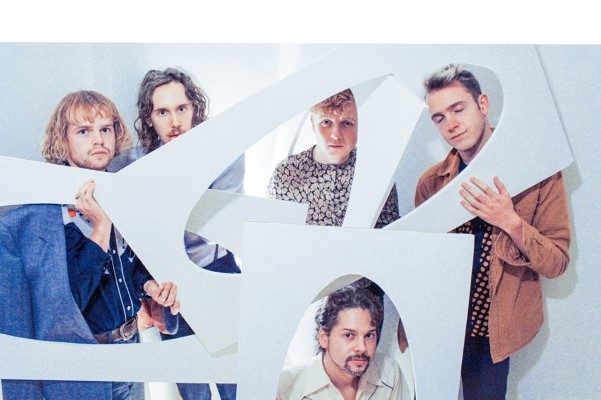 The Toronto based quintet, Lovers Touch has teamed up with Canadian Beats to premiere the video for their single, “This Is An Arrangement”, just in time for Valentines Day. When we asked the band about the video, they commented,

“The video for ‘This is an Arrangement’ is a homage to the late-night music specials of the early 70s. We paid close attention to aesthetic details, trying to accurately represent the period. The video was shot at the Humber Lakeshore Film Studios, it complements the song, spotlighting the diverse instrumentation as well as conveying the fun and good spirited atmosphere of the era.”

The band will also be performing at Canadian Music Week in Toronto this coming May, so if you like what you hear below, you may just want to add them to schedule for that fun-filled week.

Originally from a small island on the West Coast called Salt Spring Island, we are based out of Toronto now. We’re inspired by Dad Rock – from years spent listening to the vinyl collections stashed in our parent’s basements, mostly 70’s & 80’s stuff. The production value in those old records and the musicianship inspires us to reach that quality in our own songs. We met in high school and started as a three-piece, and now there are five of us.

‘This is an Arrangement’ is an example of our influences — it is a homage to the late-night music specials of the early 70s. The song starts with a funky soft rock feel featuring sparse instrumentation with a Sade like falsetto on top. The song is then turned on its head with a Sgt. Pepper inspired key change and builds into a full crescendo featuring silky strings and mellotron!

For writing — We used to write “live” while jamming because we had this awesome rehearsal space on Salt Spring Island and we spent all of our spare time there, creating. Now we are in Toronto we have to come into our sessions with song ideas to flesh out, and we all contribute those ideas. We are self-produced. We tracked ‘This Is An Arrangement’ at our home studio in the East end of Toronto with our friend Noah Sherrin.

Our next show is April 2nd with Kyle Craft of Sub Pop records at the Smiling Buddha in Toronto. Really excited to play with him. Come on out everybody, have some fun! We put on a good old-fashioned rock n’ roll show. We put it all out there and it usually turns into a dance party. We have a great time!

“This is An Arrangement” It’s our latest song, our first recording of the band as a five-piece, so it is pretty big for us. If you’re itching for some more Lovers Touch, check out our video for “Found a Friend.” It’s a good representation of where we came from as a three-piece. We made the video one night in Shane’s living room, so you get a behind the scenes look into our world.

Oh man, so many to choose from. First, we’ve got to give a shout out to our great friends ‘Triples’. Because we love their music and also they are “playing” strings in the video (haha). But there are so many goodies. In Montreal, our main man is “Mouth Breather“, also a founding member of our collective: ‘Jamroom Records’. In the Toronto scene; We like ‘Champion Ski’, ‘James Wyatt Crosby’, the new up and coming band “Pleasure Craft“.