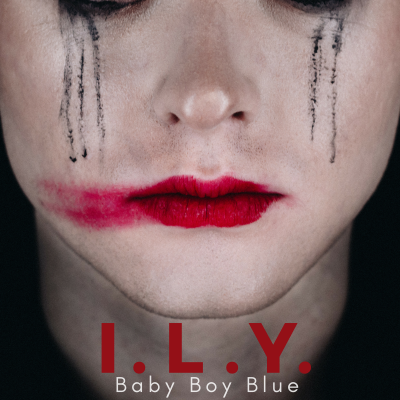 Edmonton’s own Baby Boy Blue (B.B.B.) has released his new single, “I.L.Y.” from his upcoming EP. B.B.B. is a persona created by Steven Sware as a means to express himself through music, the dark-pop he creates is heavily influenced by trap music from notable artists such as The Weeknd and Travis Scott. Check out the new single below, along with our newest segment of Five Questions With.

“I.L.Y. is a pop anthem of trying to get over someone you love.”

Hey Canadian Beats my name is Steven Sware, stage name Baby Boy Blue. I’m a dark pop artist from Edmonton, Alberta. I recently launched Baby Boy Blue in the summer of 2017 and have released one single “Mary Goes Round” along with a music video in October 2017.

I have coined my music as dark pop. For lyric writing, I love taking small moments in my everyday life and exaggerating it to an altered reality. But, still making it relatable to a listener. I believe that branding around my makeup look allows me to get out of my personal comfort zone to say and do things that I normally wouldn’t do. He makeup look also creates a vibe that follows suit with the production, and lyrics. I.L.Y. (I Loved You) is an anthem pop track of trying to get over someone you loved. A mental battle of trying to move on and finding someone new; but, still having ties to an old love. I pushed the lyrics a little further into the twisted Baby Boy Blue world by adding the second verse

“I spend too much time in my head, picturing us in your bed.
Time apart is time in love to me.
Well, I know that you don’t agree”

This creates an added layer of exaggerated obsession for an old love. As well as the false hope of one day getting back together. I believe this can be related to by anyone who has ever checked up on someone they used to be in a relationship with. Whether they looked at their social media, drove past their old work, etc.

My next show is on February 16th at “!?WHY NOT¿¡” in Edmonton for the release of “I.L.Y.”. For anyone who hasn’t been to a Baby Boy Blue show. I’d explain it as a hyped up party and hopefully a memorable performance. I love getting people to dance and sing along. Every time I get on stage my main goal is to make every listener have at least one moment of getting goosebumps and chills down their back. Whether it’s a crowd interaction, doing something crazy on stage or going for a big note in a song.
If you were asked to suggest only one of your songs for someone to hear, which would it be?

This is a tough one. I only have one other song that is released and I believe that it is a great representation of my image and vibe. But, I think I.L.Y. would have to win this one. Although it is not a direct representation of Baby Boy Blue’s image it is a near song to my heart and shows my vocal range especially in the bridge.

The Canadian Music scene is filled with such great talent and I’m so glad that Canada is on the map for having a strong music scene. Of course, Drake, The Weeknd, Alessia Cara, Justin Bieber, and Shawn Mendes are huge influencers because they are the ones who are shaping the music scene right now. But some other Canadian artists that I love are The Arkells, Bad Child, The Command Sisters, and Jessie Reyez. (I could honestly go for days.)