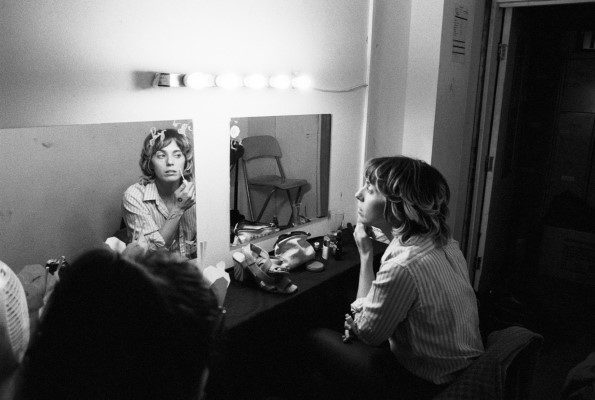 U.S. Girls (aka Meg Remy) knows what’s what when it comes to releasing an album that works as a departure from the last, but doesn’t drift so far that she’s unrecognizable. From an American born Independent artist to Canadian resident now signed in both Canada & the U.S., she takes the listener on a musical journey from start to finish with the perfect combination of past, present and, even, future sounds.

The video for your newest single “Pearly Gates” is absolutely mesmerizing; the colours, the effects, the melodies! How much creative control do you like to have in the video creation process?

It depends on the video. For Pearly Gates, I had nothing to do with it. Director Chrissy Jones created the concept, the sets, and costumes herself. She also starred in the video as well as edited it. So I can take no credit for that one. But usually I am a control freak and I like to have the final say on everything.

Your upcoming full-length album, In a Poem Unlimited, is your 6th full-length overall since starting up in 2007. What’s the most important thing you’ve learnt about creating albums from then to now?

When it comes to the recording process, you have a ton of experience working with reel-to-reel players, tape decks, and samplers to create that sort of “other world” sound of times past. Were there any artists or bands you were drawn to in earlier years who influenced this style?

Suicide, Silver Apples and Inca Ore were the main influences on the early USG sound.

From what we know of the new release it will, in short, focus on the struggle/empowerment of women as well as touching on your views on politics & religion. Do you ever hesitate in really saying how you feel or is it a “this is me, take it all” situation?

Take it or leave it, baby!

You’ve had the chance to tour throughout Canada, the U.S. and parts of Europe with more North American dates just announced! How do you ensure that your eclectic sound from the recordings translates in a live setting?

We rehearse a lot! And the tape machines are still the heart of the performance. It helps link the old to the new and keep the audience and band members on their toes.