Review – Jen Schaffer and The Shiners 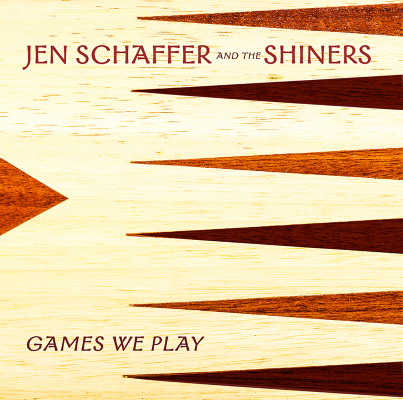 Jen Schaffer & The Shiners released their full-length album Games We Play on February 10, 2018. The thirteen track release is full of the unique, folk-country sound the Toronto based band is known for. The members of the band come from Montreal, Calgary, the UK and Hamburg and bring their different inspirations, experiences, and influences together and melt them together to form their folk yet funky yet soulful roots mix.

Filled with both more upbeat and slower paced songs, Games We Play has a little something for everyone. Bass riff laden “Panic Life“ is one of the more interestingly laid out songs. It goes from more rock-esque to group harmonies with delicate backing music before going back to the catchy bass lines to close out the song. “Sunday Morning, New York City“ starts off as a beautiful piano and string arrangement before Schaffer comes in on vocals.Definitely one of the slower songs on the album, for the most part, it’s almost soothing in a way, letting the listener just relax and take in the story of the song. The album has many different layers built into the tracks, giving the listener more than just a few songs to enjoy – it gives them an experience. The stories and passions behind the lyrics, paired with the music brings it together in a harmonious union that is likely to please.

Although this style of music isn’t for everyone, many will likely enjoy the games played by Jen Schaffer & The Shiners.