Home / Interviews / Five Questions With Throne To The Wolves

Five Questions With Throne To The Wolves 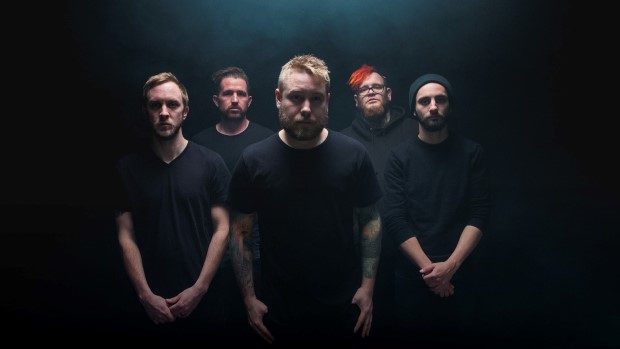 Toronto based metalcore band, Throne to The Wolves are about to release their new EP, Tales from The Gallows on March 3, 2018. The band has released the video for the lead single from the release, “Dust in My Lungs”, which you can check out below along with a segment of everyone favourite Five Questions With.

Throne to the Wolves is a Canadian metalcore band from Toronto, Canada. We are gearing up to release our highly anticipated follow up EP to 2016’s ‘Unholiest of Kings’ and preparing to head back on the road for our cross Canada tour to the East Coast to promote the new record ‘Tales From The Gallows’.

With influences from artists like Parkway Drive, Atreyu, and Stick To Your Guns, we bring together the perfect blend of traditional metalcore and a new-age hardcore. We all have a variety of influences that stretch over many different genres of music. This allows us to break away from the generic metalcore sound when we are writing our songs.

Our live shows are exactly that. A show. Whether there are 5 people or 500 people we still put on the same show. Those people pay to be entertained and that’s what we strive for every time we hit the stage. We like to be able to capture an audience from that opening note right until the end. Our favourite moment that happened recently is when a fan jumped on stage and started pouring beer in all our mouths mid-song. Those fan interactions are priceless.

I think collectively we would have to say, ‘A Last Farewell’. This one is scheduled to be released towards the end of February right before the new record comes out. I think it will hit home for a lot of people. The ending of the track has so much emotion behind it that it gives me goosebumps every time I hear it. I think that’s when you know you have a solid song.

We’d like to use this opportunity to give some shout outs to a few of our favourite local bands that are killing it in the scene right now. Cadence Calling, Rosewood Annie, Lungless, Out Of My League, Hybridreams, and of course the bands we are touring with: Death Note Silence and Behind the Revolver.