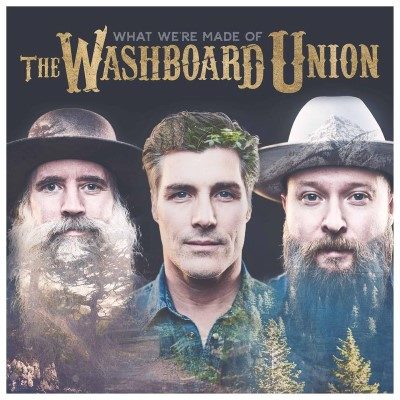 CCMA 2017 Roots Artist of the Year and multiple BCCMA 2017 awards winner, The Washboard Union, hailing from Vancouver, just had their spectacular week get just a little better with the release of their newest county music single and video “What We’re Made Of.” It’s the title track off their upcoming sophomore album that will be released on April 20, 2018.

The single has that same foot-stomping beat and the same impeccable harmonies that we’ve come to expect from this unique trio. Aaron Grain, Chris Duncombe and David Roberts have a knack for storytelling and share a love for songwriting and that’s easy to recognize when you listen to this song.

“What We’re Made Of” video is a celebration of life, of everyday events that matter most to us; and help us identify those special feelings and experiences of being with friends, family and loved ones. The Washboard Union developed the video from their own original concept and award-winning director Stephano Barberis directed it.

“This was a bit of a unique music video because the band actually approached me with their own idea and asked me to direct it (and put my spin on it). We shot it north of Toronto on a very cold day, but we tried to create different seasonal vibes. What also makes this very unique is that I didn’t edit this video. Due to a crazy busy schedule for me late last year, it becomes only the second music video of mine I haven’t had the time to edit in the last ten years. I love how it turned out. It has a totally friendly, jovial, laid back vibe that shows a different facet of the band but still showcases the down-to-earth nature that their fans love.”

“What We’re Made Of” is available for download and streaming here.

The Washboard Union is currently on tour with Old Dominion on the Western Canada leg of their Happy Endings World Tour.