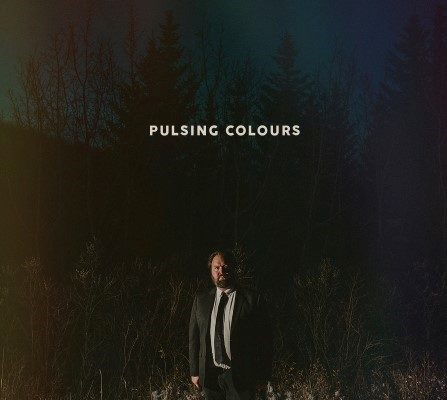 Regina-based singer/songwriter Ryan Hicks is back with his sophomore album, Pulsing Colours, the follow up to his 2014 release Prairie Ocean.

Hicks creates a melodic, cinematic alt-pop music which he describes as “if Paul McCartney, Brian Wilson and the Fleet Foxes made music for a David Lynch film.”  To aid in the creation of the album, Hicks enlisted the talents of drummer Jeff Romanyk (Rah Rah), Michael Dawson (Library Voices) and Amy Nelson (Country Singer) just to name a few.

According to Hicks, Pulsing Colours “is a concept record of all of the thoughts, moods and emotions that can come to us at night.” It was inspired and written as a tribute to his stepmother, who took her own life in December 2014. This loss made him dig inward and look for meaning and his place in the world. “It is a record about all of us finding our way in the universe. While the album deals with loss, it also gives a message of community, survival, love and hope.”

The first track, and first single,  on the album is “Pulsing Colours”. According to Hicks, this song has “many different moods and textures with a catchy chorus that pays off. A signature sound of mine is atmospheric textures and harmonies and this song certainly has its share of those.” Even though this song may leave you unsure of what you are feeling, this song “is a love song about someone coming into your life and making sense of all things. While you might not having all the answers you find the world is good and right when you are with them.”

“I Want It” begins with strong emotion. It sympathizes with a feeling that most people have in their life at one time or other. There seems to be something missing and you are continuously searching to fill a void. Hicks uses powerful vocals towards the end of the track as he repeats an emotional “I want it”, indicating that no matter what it is he will keep searching to fill that void.

A piano melody greets us at the beginning of “Footprints In The Sand”, a love song celebrating relationships and being committed to each other. The song is filled with strong emotion, as Hicks sings about how nothing will ever change the way he feels even if the spark begins to dull.

“Seriously Baby” takes another route. This one seems to be one of the more lighthearted tracks on the album, as Hicks sings about remembering a first meeting with someone and how lucky they are. This is probably one of my favourite tracks on the album.

Finishing up the album is “Sparkwood and 21”, a track that starts with a dark, yet emotional melody. There’s something about this track that creates a mysterious vibe, almost otherworldly. It actually leaves me picturing a musical about a dark, mystical unknown.

Overall this album is packed full of raw emotion with meaningful lyrics and memorable melodies. The sounds range from alt-rock to alt-country. Some tracks have a slight gospel feel to them and others remind me of the golden oldies. It has a little something for everyone.