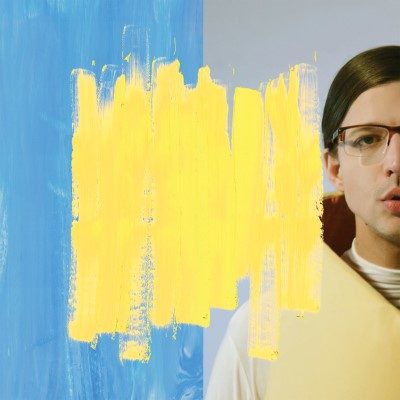 Adrian Underhill asks all the right questions on his debut album, C U Again. His contemporary R&B reflects a kaleidoscopic inspiration of genres, including 70s disco and smooth jazz. The Vancouver native relocated to Montreal, later settling in Toronto, playing in indie rock bands before his solo breakthrough. At 31, he waited longer than most to release a full-length, but that patience paid off—Underhill knows who he is, and defends his persona, musically and lyrically. The album is unified by the same soft, mid-tempo groove that aligns with pastel colours, high-waisted denim, and vintage Polaroids. But unlike every other artist who’s after the same aesthetic, Underhill is equally dedicated to big-picture themes, and detailed synth and acoustic arrangements to tell his story.

When the single “Cruel” was released in August 2017, he told Canadian Beats the following:

“This song means a lot to me. It comes from a place of honestly trying to listen and hear other people’s experience of the world – particularly those whose voices are often silenced and shut down.  I think those are the voices we need to be listening to and raising up right now.”

The best listeners often make the best musicians. Underhill is mindful, and inquisitive on C U Again. He flutters between self-doubt and tokens of wisdom. “Did you try to hide from view, but a mistake just becomes another part of who you are?” he croons on “Not Good Enough”, against an easygoing pulse.

The same balance is in the structural makeup of every track; Underhill started with only a keyboard and drum machine, later adding slightly imperfect, but lucent harmonies to his vocals. “Holding Out” is a homage to early electronica, where he builds textures of sound on soothing synth notes in his creamy haze. Working with Grammy-award winning producer Kindness (Blood Orange, Solange) obviously helps, but Underhill has a clear idea of the images he’s after. He gently adds in flourishes across the keys and velvety horn fanfares every now and then for extra decoration, sometimes blending, sometimes synchronizing them with digital details.

If silhouettes had colours, C U Again is polychrome, each track casting a shadow on the next without becoming repetitive. His music is shapely to the ear and leaves the eyes dewy with every track. “It sure seems like I’ve been given too much, so what should I do?”, Underhill ponders on “How to Make a Life Count”. Hopefully, the answer will continue to be music.