Home / Interviews / PREMIERE – Elijah Will releases video for “3 AM”

PREMIERE – Elijah Will releases video for “3 AM” 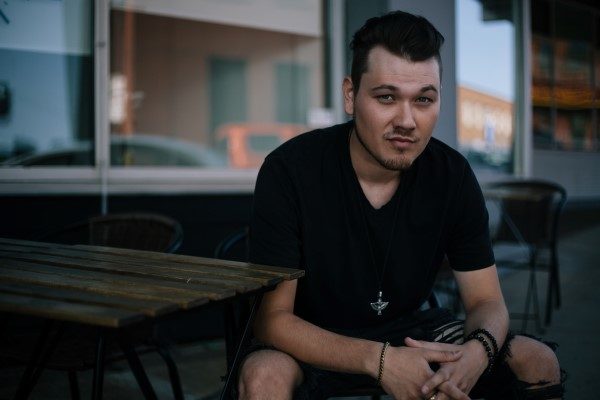 Halifax based Elijah Will is signed to Nova Scotia’s own hip-hop artist and producer, CLASSIFIED‘s label, Half Life Records. He released his debut EP, 3 AM last month via Half Life Records and Universal Music Canada. Today, we are happy to be premiering the video for the lead single from his EP.

When asked about the video, Elijah shared,

“I almost broke my hand punching through the wall for that scene, director said “action” and in my head I had to make this hit count because we didn’t have another wall. I just took a deep breath in and then went for it! Felt that for a week! When we set out to make this video I wanted the make the whole timeline work around 3 AM and to let the persective suggest that the story line could have all just been imagined.”

Check it out below, along with our newest segment of Five Questions With to find out more about this rising Canadian artist.

Of course, I’m 24 years old and been singing music ever since I could talk. My parents were into tons of different music growing up and from a young age family and friends started telling me I had a great voice. I started getting serious about it when I was 9 years old, that’s when I started formal voice training. Formed a rap group with my brother and best friend at 12 and started recording and mixing music in my parent’s basement. I’ve been touring and working with Classified for the last four years now and I have just released my debut EP ‘3 AM’.

My style and music reflect whatever is going on in my life, could be something I need to get off my chest or something that means a lot to me. Even when co-writing I have to be sure the music speaks to me. I also like to relate to my audience. We are all human and we’re all going through similar challenges in life. We gotta stick together and what better way to bring people together than with music.

I do. I have six more dates booked locally as a part of my EP release tour and have a bunch of amazing international and national showcase opportunities that are coming up. I get great feedback about my live performances. When I play live I always have my drummer and DJ with me. It’s a fun show. To be honest, I deal with a lot of anxiety before hitting the stage but I think every performer faces that to some degree but I genuinely love being out there, on stage, singing for people and interacting with fans, all that other stuff goes away. There’s something very intimate about it. Being able to move a crowd is a beautiful thing!

‘3 AM’. Not just because it’s the single or because it’s the title track of the EP but because I can relate to that song on a number of levels. Trust me I’ve had a few sleepless nights lying awake worry about relationship shit like most but I’m also somewhat of a night owl. I’ve spent countless hours working through the night, not just on this EP but ever since I started writing and mixing music in my bedroom and this track kinda reminds me of all that.

Some of the most talented artists in the world are Canadian. I look up to them all. I’m not just proud to be Canadian and to call it home but to see other artists reach the global stage always reminded me I can be something big too, I can go anywhere, it’s a beautiful thing. Drake, the Weeknd, Justin Bieber, Alessia Cara, Daniel Caesar….one could literally go on and on and on and that’s empowering.