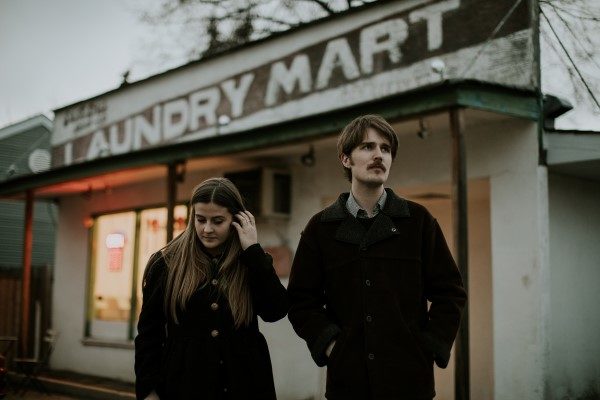 Folk duo Kacy & Clayton’s newest album, The Siren’s Song, was released in August 2017 and has already been hailed as critically acclaimed. An amalgamation of psychedelic folk, English folk revival, and the ancestral music of Southern Appalachia, Kacy & Clayton’s The Siren’s Song is a melting pot of 60’s folk and traditional country influences—and we at Canadian Beats couldn’t resist stopping in to get the scoop.

First of all, thank you for taking the time to chat. As a quick aside, you two have the exact names of my parents, even down to the spellings! Small world. But I digress, onto the album. How do you both feel at its immediate success?

That’s incredible! Another Kacy & Clayton! I’m pleased with how the record turned out and very grateful that the circumstances lined up and allowed us to record it in Chicago.

How was the recording process for this album? How did it differ from your previous experiences, if at all?

This was the first album we recorded on tape. It was recorded almost entirely live, with the exception of a few overdubs. On previous albums, we’ve had the capacity to fix bad notes or missed
beats, but that wasn’t really the case on this one.

Can you share any memorable or funny moments from inside the studio?

We made The Siren’s Song at Wilco’s Loft in Chicago. Jeff Tweedy produced it and Tom Schick was the engineer. The whole experience was filled with good laughs and memorable moments, though I can’t bring to mind any specific ones. Jeff Tweedy loves Garrett’s Chicago style popcorn and he brought a bag for us one day. That was great.

What would you say is your fondest memory concerning the writing process for the album?

Kacy and I rented a cabin overlooking the salty, healing waters of Little Lake Manitou in Saskatchewan to finish the material for this album. I look back fondly on those few days.

And what went into the writing process for The Siren’s Song? Was there a theme to the album, or a link between the songs?

If there was a theme, it was a subconscious one. The songs we recorded for The Siren’s Song were simply picked from the material that we were ready to record last January.

What ended up being the hardest song to write and why?

I would say “This World Has Seven Wonders” took us the longest to finish.

And what ended up being one of your personal favourites?

My favourite song on the album is “The Siren’s Song”. I like the way the arrangement and production turned out on that one.

Can you say what you hope audiences take away from the album?

I hope they can have the same experience I have when listening to an album I enjoy.

We’re touring Europe with the Deep Dark Woods for most of April and May and playing a few festivals in the summer. Eventually, we’ll get to work on a new album!

Finally, do you have any parting words for your listeners?