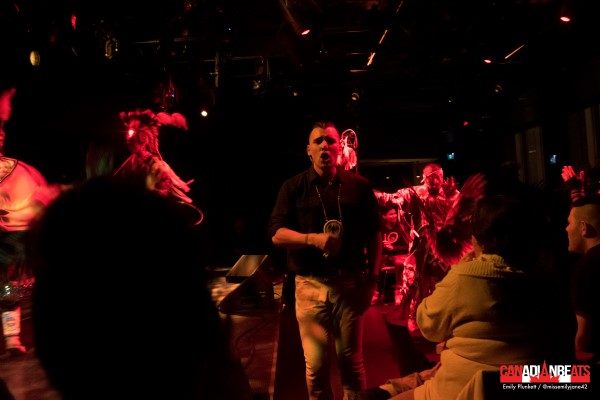 The beautifully intimate 4th Stage of the National Arts Centre played Cody Coyote on Jan 25, as he further looked towards 2018 with a renewed sense of reconciliation following the release of Mamawi.

Joined on stage by dancers Theland Kicknosway and Chi-Wiiyahs, and supported by friends, family, thrilled fans and exciting new collaborators; Coyote was overtaken by joy and gratitude as the sold-out crowd listened and digested the powerful messages and stories of reconciliation and mental illness told by the Ottawa-born rapper with ancestry in Matachewan First Nation.

“The momentum has certainly changed for the better and I am both fortunate and grateful to have had such a positive reaction towards it,” Coyote says about the experience of releasing Mamawi.  “The reaction did surprise me a bit in the sense that so many people are ready to help and learn how to help in regards to achieving true reconciliation between Canada and Indigenous people. I’ve used this album as a tool to initiate positive change through togetherness wherever it is heard and so far based on the reactions I’ve been receiving I can’t help but feel hopeful for a brighter future.”

Coyote’s work is certainly catching on.  Fan Jessica Dinovitzer first discovered Coyote during her Indigenous graduate honouring ceremony from Algonquin College.  “I fell in love with him instantly,” she recalled as she waiting for the opportunity to get an autograph.  Dinovitzer says she connects to the music through shared experiences; from the loss of traditions through the ‘80’s and ‘90’s scoop (a period that saw thousands of aboriginal children taken from their homes by service workers and placed with mostly non-aboriginal families across North America and into the UK), and struggles with mental illness.

“Cody is showing his love for his traditions and his family through music.  Music touches everyone, he’s making such a storm.  I have no idea why he isn’t so much bigger than he is already,” she says.

As he goes forward into 2018, Coyote is looking ahead to a performance on Feb 8 during the upcoming Megaphono at Bistro-Bar L’Original in Gatineau, and participation in the Indigenous Trailblazers: Carving Paths Through Tradition panel discussion, which will explore how Indigenous artists have carved unique paths that extend into the present while overcoming racism and other obstacles. He is also extremely excited to be working in 2018 with former Great Big Sea frontman, Sean McCann, which Coyote says will include “material based on true reconciliation and will be a release that will initiate change for many. Being able to work together on this has been a great experience and has left me feeling very hopeful for our future.”

“Since the release of Mamawi I’ve learned that with heart, dedication and commitment, incredible things can happen,” Coyote says. “I’ve learned that by sharing the knowledge that I carry and speaking from the experiences I’ve had that the very music that has been medicine for me has also been able to help provide balance for others. Overall I’ve learned that when we utilize our voices and come together to support one another, we gain the ability to initiate positive change for all.” 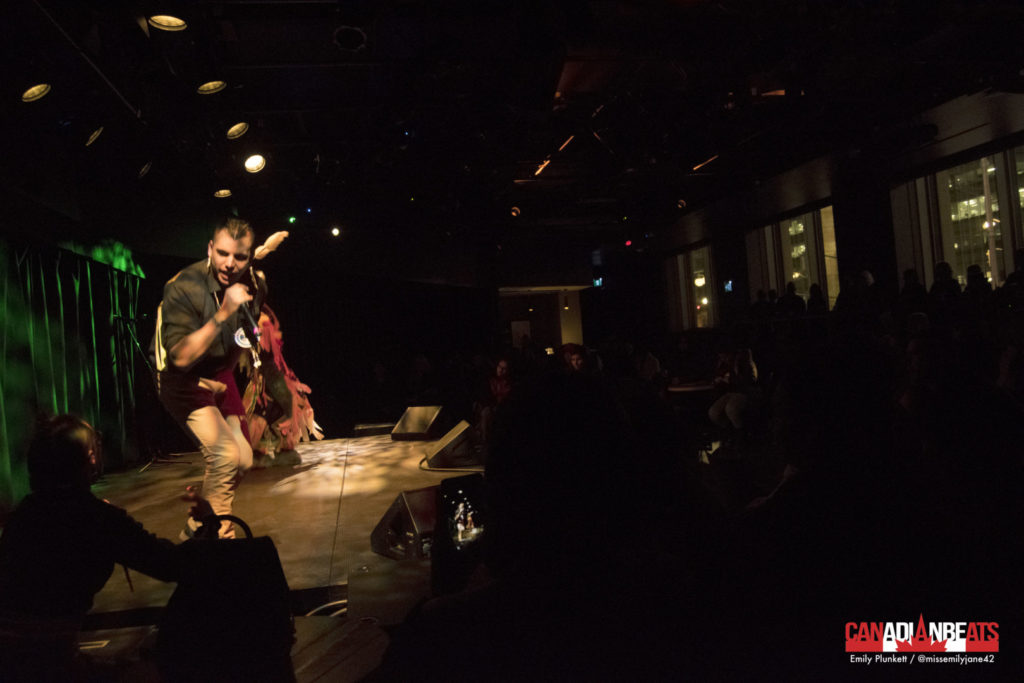 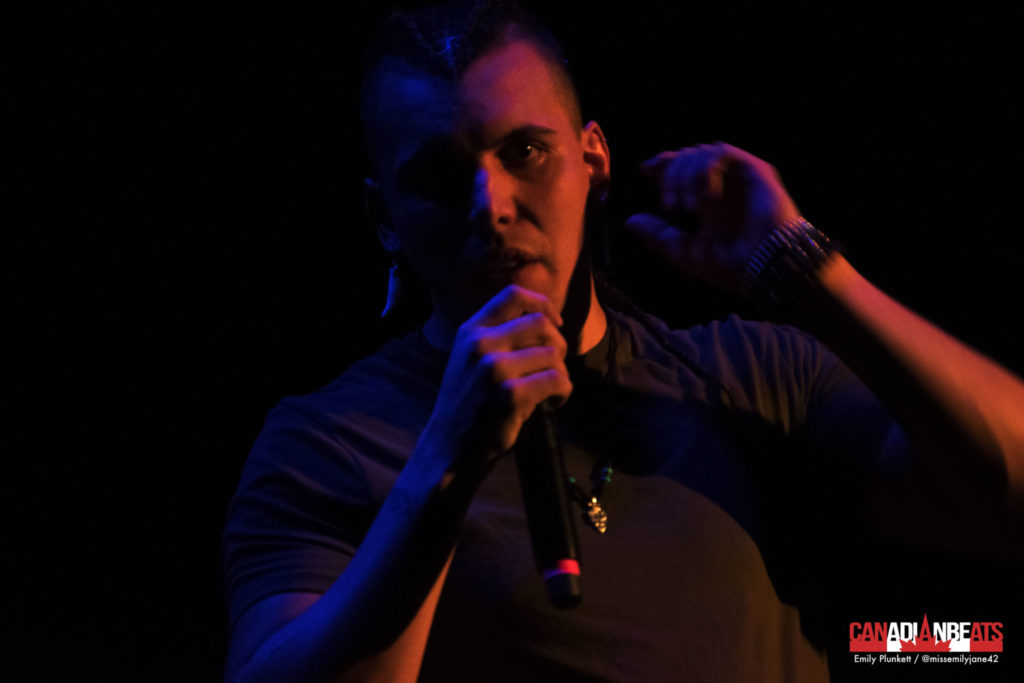 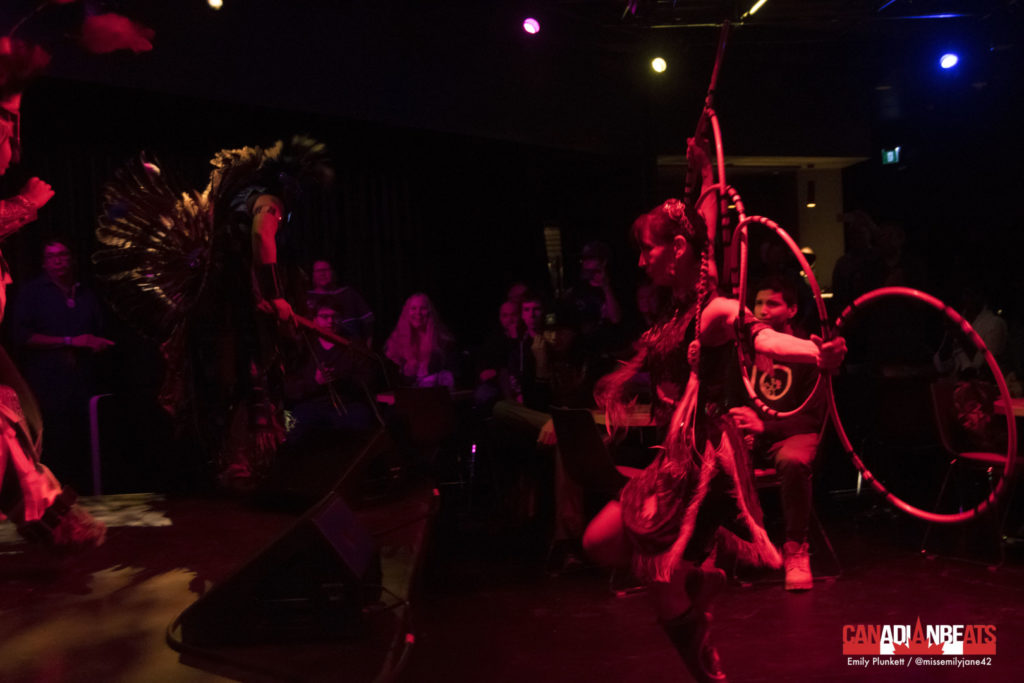