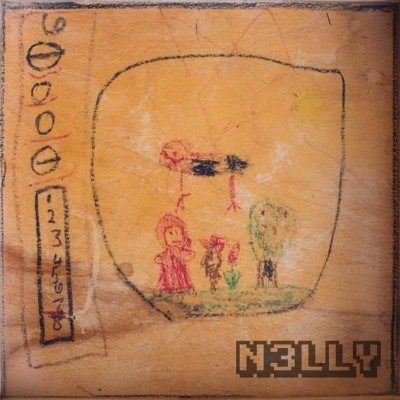 After releasing a fiery debut album last year with his band, The Celebration Army, guitarist Nelson Sobral has released his debut solo record under the name N3lly.  The self-titled album follows the singer-songwriter through an eclectic collection of influences that it feels like an afternoon spent beside his record player as he flips through some of his favourite albums.

N3lly opens with “Ain’t That The Truth”, a track that feels like the perfect balance of Donovan and Chris Cornell’s debut 1999 solo record, Euphoria Mourning. It’s an alternative track driven by effected electric guitars and a thing acoustic guitar underneath Sobral’s roaring gravelly vocals.  It’s many things packed into one brief song; there are pop tendencies during the choruses, however, you might miss them under the psychedelia and blues influences.  Quite contrastingly, the following track, “Baby” takes a funkier approach and stands out for its beautifully written and lush horns arrangement.

As the album continues to play, Sobral touches on a number of other bluesy – “The Light” – country – “Maybe Today” – all overtop a foundation that fits in with modern indie rock.  Despite sounding like a rich assortment of retro influences, N3lly reaffirms itself as a modern singer-songwriter album through songs of the likes of “St. Veronica’s” and “Warfare”.  What separates N3lly from his peer group is his use of variety and versatility among the sometimes juxtaposing nature of some songs. The record stretches across nearly half a century of influences; ultimately giving it a sense of style and sophistication can often feel absent in much of the indie pop and rock records of the day.

Ultimately, N3lly stands as a strong solo debut for Sobral and as an overall excellent record.  By touching on such a vast pool of influences, Sobral is able to affirm himself as one of Toronto’s premier songwriters.  N3lly is an incredibly original record that, with enough momentum, could challenge all expectations for independent singer-songwriter releases from Toronto.