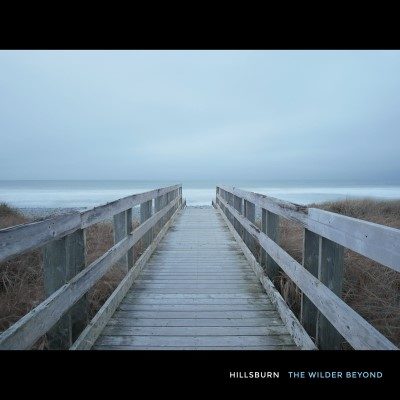 Nova Scotia band Hillsburn have just released their latest album, The Wilder Beyond. This marks the second album for the band following their independent debut, In The Battle Years which was released in March 2016. Hillsburn is comprised of members; Jackson Fairfax-Perry, Clare Macdonald, Rosanna Burrill, Paul Aarntzen, and Clayton Burrill.

Earlier in January 2018, the band released a video for their newest song, “Cover It Up.” The new track is a follow up to the singles, “Bad Behaviours” and “Strange Clouds” which were released in October/November 2017 to build up the anticipation of the release of The Wilder Beyond for their fans.

Aarntzen wrote all of the ten tracks included on the new album. In addition to his strong songwriting skills, Aarntzen also used his studio talents to engineer and mix the entire album. Aarntzen enlisted the help of Canadian rapper and record producer Classified, and the two collaborated on the track “Everywhere.”

The Wilder Beyond opens up with the track “Strange Clouds.” The song was released just last fall in 2017 with an official video. “Strange Clouds” sets a great tone for the whole album. You can hear the bands different elements and levels of talent on the track and album. Aarntzen produced the album with different layers and his musical influences to create the bands unique sound. The tempo of the album keeps up with most of the tracks, but there are some that slow it down to show off the skills of each member. One of my favourite tracks on the album is the haunting tune, “Sun Ought To Shine.

“Everywhere” is another stand out on the album, and one I kept playing over and over. “Young Desire” and “Born Only To Love You” are among some of the other notable tracks on the album that I could not get enough of. Throughout The Wilder Beyond, you can hear some great songs that just put you in a mood to turn up the speakers and get lost in the music. The Wilder Beyond has great consistency and it didn’t lose my interest once while giving it a few listens. It is a great album from start to finish, and a strong sophomore release for Hillsburn.

With The Wilder Beyond out now and available through most major music retailers, Hillsburn will be on the road to support the release and bring their new music to the stage. With several stops scheduled in Canada, they even have a few US and UK dates booked right now. Make sure to check out their tour dates to see if they will be in your area sometime soon.