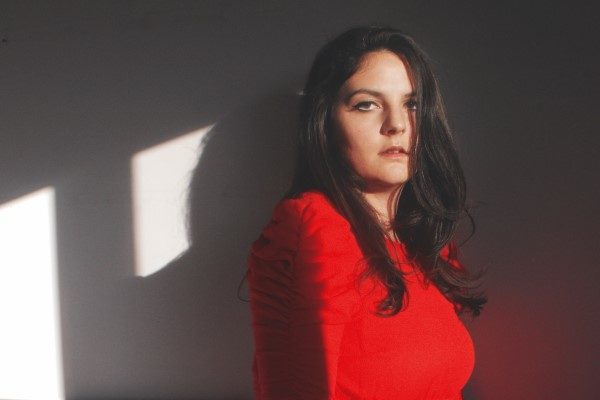 Red Deer, AB-based artist, Rebecca Emms, otherwise known as TOVI had a chat with us for our newest segment of Five Questions With. TOVI is set to release her new EP, Midnight Hum this month, and has released the lead single, “89 San Francisco” in advance, which you can listen to below.

I love great songwriting and lyrics, I try to write songs that can still stand up if it’s being performed with a single vocal and an acoustic guitar. When it comes to putting instrumentation around it, there’s definitely always some kind of atmosphere I’m trying to create, whether it’s “This is total 1 am driving-down-the-highway-music” or “This would sound good as closing credits for a film.”

Just coming out of the gates with my first single, I actually haven’t done any TOVI shows yet. Keep an eye out for a few live dates in April/May for Alberta and BC. I really looking forward to bridging the music I’ve recorded in the studio to a live experience.

Go listen to “89 San Francisco”! I feel like it’s got those late night/after hour vibes, with of touch of psychedelia. It’s the kind of alternative indie track that I would hope could hold it’s own if it was sandwiched between a couple window rattling hip-hop tracks.

Right now I’m listening to Andy Shauf’s album The Party. It has such a timeless sound and I really admire Andy’s way of storytelling.