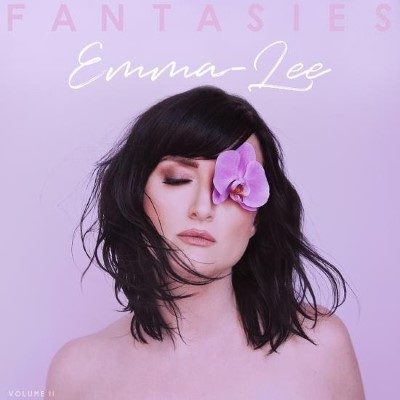 Emma-Lee is back with Fantasies: Volume 2, the follow up to her 2017s release; Fantasies: Volume 1. The singer-songwriter from Toronto (currently living in Nashville) released these albums as “a collection of songs inspired by her earliest musical memories of pop music from the 80’s and 90’s.”

The album begins with “Driving”, which was recently released as the first single. This upbeat song is definitely one that will capture attention and leave you longing to hear more. It is definitely a great dancing song, as it left me wanting to move to the beat.

Keeping with the upbeat, happy feeling induced through the music, the second track “Glass” is definitely an attention grabber. With the creative use of instruments and sounds, Emma-Lee continues to create an uplifting song that is one that will allow the listener to sway along to the beat.

Next is “4 AM”, a track that starts with a strong 80’s vibe. Unlike the first two happy and upbeat songs, Emma-Lee takes this one down a notch. The music leaves me with a dreamy and whimsical feel, as she sings about things in life just feeling so right even if there are so many uncertain things.

“No Photographs”  is a dreamy ballad that has a darker feel than the other songs on the album. Emma-Lee uses her vocals as her weapon in this track. Enriched with power and emotion, it leaves the listener filled with different emotions and wondering “how long will this last.”

The final track, “I Met Somebody”, is probably one of my favourites. Just the lyrics alone got me hooked. It is “an homage to the inimitable feeling and energy you feel after meeting that special someone for the first time.”

Emma-Lee has had a pretty impressive career so far. Since her debut in 2008, she has released three full-length albums and a collection of successful singles. Her songs can be heard on channels such as CBC Radio 2, MuchMusic, and CMT. Along with this, her songs have been featured on such television hits as CBS’s Beauty and the Beast and Degrassi: The Next Generation. Along with her own success, she’s also shared her songwriting talents with other writers and penned hits for artists such as Victoria Duffield and Brett Kissel.

With powerful vocals, creative lyrics, and dance-worthy songs Emma-Lee definitely has a hit on her hands. So what are you waiting for? Go check it out. I know I am about to listen to it again!