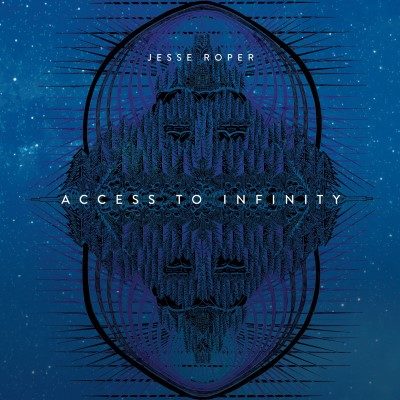 Hailing from B.C., vocalist and guitarist Jesse Roper has released his third full-length record, Access To Infinity. The record serves as a follow up to 2015’s Red Bird and was produced by Ian Davenport (July Talk, Band Of Skulls, Supergrass) at Vancouver’s Warehouse Studios.  Nothing short of exceptional, Roper has carefully crafted a record that has the soul to become a modern classic.

Opening with the of the title track, “Access To Infinity” stands as a unique opener with a sense of modern pop throughout the introduction and verses, but with a funky instrumental vibe to the chorus.  The record only continues to pick up with the crunchy and fuzzy guitar riffs of “The Mission” and the dirty groove of “That Girl” that feels deeply inspired by the Hendrix songbook.  This song alone is worth an obscene amount of praise, standing as not only one of the best on the album, but an incredibly refreshing take on the funk rock genre that has been absent for far too long.

When not laying out electric bangers, Roper takes to a more unplugged sound in a manner that feels as organic as his synthesis of raunchy blues, funk, and rock. Songs like the closing “Worship The Sun” and the psychedelic folk of “Goldeneye” demonstrate a softer tone to the album.  This not only creates a rich sense of versatility but furthers Roper’s reputation as one of Canada’s most extraordinary songwriters with one of the most unique voices as a writer I have heard in quite some time.  The lead single, “Cherry”, is a testament to that as it grows from a spacious R&B number to a dirty and rhythmic rocker in a fashion that is seamless.

With a smoky rasp to his voice and some of the best vintage tones to his guitar, Roper stands as a revolutionary to both modern pop and guitar music.  Resembling the more melodic material from The Red Hot Chili Peppers, not only is Access To Infinity clearly influenced by the former, but it also shares a musical connection with artists of the likes of Maroon 5, Jack Johnson, Lenny Kravitz, and John Mayer with a slight touch of Hendrix.  As a result, Roper has created a brilliant album that acts as an extension of the blues, funk, and alternative rock into 2018. Despite only being the very beginning of February, Access To Infinity has the potential to not only be among the best Canadian records of the year, but also could very well shoot Jesse Roper to an international level; and with a record like this, I can’t think of a more deserving place.