Five Questions With The Confabulation 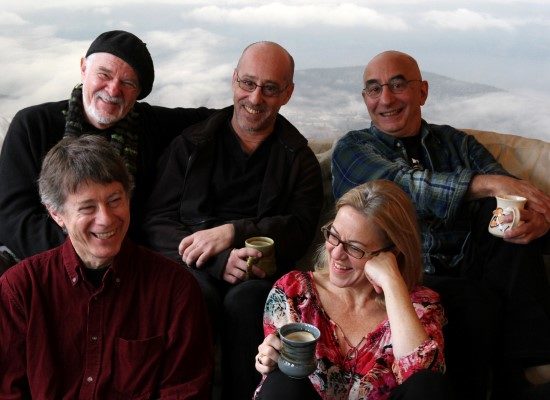 We had a chat with Toronto’s The Confabulation for our favourite segment, Five Questions With. The band has an album release show tonight (February 2) at Hugh’s Room Live in Toronto for their brand new album, Tunnels and Visions. If you’re in the area, it’s recommended that you check them out! Get more information on the show HERE.

Now, take a few moments to find out more about these accomplished musicians.

I think of myself as a composer/multi-instrumentalist, and I’ve been fortunate to have a long and varied career in music and to have worked with many inspiring and creative people. I play the electric bass most often, but also piano, guitar, piano, mandolin and some banjo.

I like to come up with things I haven’t heard before but find fascinating in some way. Often my pieces are like collages incorporating ideas from different sources and instruments, and finding a common or contrasting thread is important in developing them. Often I’ll pick up an instrument and the first thing I play is fresh and can take me to new territory. Those moments are the most valuable! I believe that musical instruments can have an infinite range of colour and intention, sometimes with such simplicity, but complex structures can say so much as well and say different things.

Yes – Hugh’s Room Live, Feb 2 at 8:30 is our “official” CD release for “Tunnels and Visions”. We’re also playing The Pearl Company in Hamilton on Feb 9, another favourite play to play, it’s so comfortable!

The Confabulation is a real band – people who have known each other for a long time and are on the same page yet each individual brings something unique to the mix. Most of the “Tunnels and Visions” was recorded with all of us playing at once, it‘s the only way that really captures that essence. It can be raucous and noisy at times, and then right down to very sparse and spacious at others. Because of the addition of Colleen’s reeds and Anne’s violin, it can sound like a little orchestra, and sometimes we pare it down to expose that “chamber” music sound that is inside the full electric band.

From “Tunnels and Visions” – I’d suggest “Mary Sue” – it has a unique combination of sparse melody, merging into more groove and counterpoints with both light and dark components. Very happy with the way the band played that!

Wow – there’s a lot! I like the Andrew Collins Trio’s CD “And It Was Good”, Andrew Downing’s compositions for silent films, vocalist Lori Cullen, Rebecca Hennessy’s FOG Brass Band, electric bassist Rich Brown and I’ve been listening again to Kate and Anna McGarrigle, who I will always love.