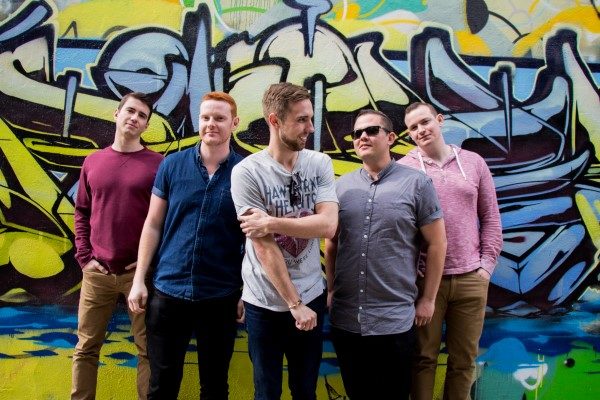 We recently spoke with Toronto based pop-punk band, Coming Clean. The band has released the first single, “Keep Me Awake” from their EP, Thanks for Asking, which was released today. You can check out the single below, as well as our segment of Five Questions With featuring this talented up and coming band.

We’re Coming Clean from Toronto, ON. Adam plays rhythm guitar and handles backup vocals, Brian is our lead singer, Dan’s on bass, Matt covers lead guitar, and Scott bangs on the drums. We started out practising in Scott’s 3rd-floor bedroom, much to the chagrin of the bed and breakfast next door.

Last year, we played shows in Waterloo and all over Toronto. We even had the opportunity to play Blackout Fest in November, which is a punk festival held in Brantford, ON.

When we’re not on stage, look for us dancing and singing along in the pit.

A lot of our songwriting begins on acoustic guitar. Someone will bring an idea to the rest of the band, and we build out the song from there. Sometimes it’s a riff, sometimes a beat, and sometimes even just a few lyrics. Everyone writes their own parts, but we all talk about what we think is working and what can be tighter.

We do! We’re headlining a show at Sneaky Dee’s on Friday, February 2, which is also the day we’re releasing our new EP, “Thanks for Asking”. See more info on that HERE.

There’s usually a LOT going on when we play. Dan does a lot of dancing, Matt’s been known to throw out a spin kick or two, Scott can get fancy with his stick work, Brian is always getting as close to the crowd as he can, and Adam loves to jump around. In short, try to have a bad time when you come see us. We dare you.

That’s like asking a parent to pick their favourite kid. Everyone has one. At the moment, it would have to be “Keep Me Awake”. Our friends usually say it’s their favourite, and we always have a blast playing it. We’re really proud of how it sounds on the new EP too. A lot of that is thanks to our buddy, Joe Frustaglio, who produced the album.

There is soooooo much good music coming out of Canada right now. Definitely Seaway, Like Pacific, PUP, PKEW! PKEW! PKEW!, Dirty Nil, The Flatliners. We could go on for hours. We’ve become pretty close with some of the bands we’ve played with, and they’re all so talented. Check out Among Legends, Rawls Royce, Brave Young Soul (that’s Joe’s band!), and Bad Buzz, just to name a few.