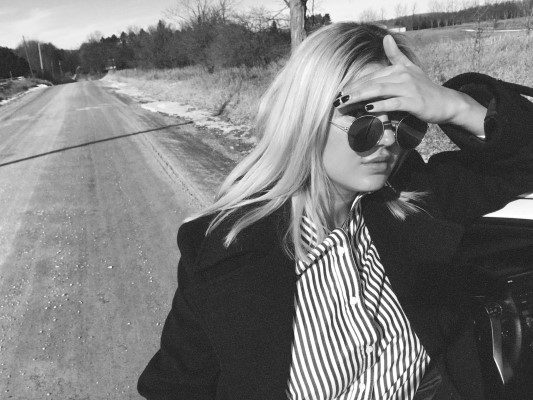 Here at Canadian Beats, we are always pleased to chat with up & coming Canadian artists and today is no exception. Recently, we conducted a Five Questions With segment with Toronto born singer-songwriter, Stella Rio. Stella is managed by well-known multiplatinum Grammy-nominated Kuya Productions, who has worked with artists such as Alessia Cara, JRDN and many more.

Stella Rio’s latest single, “Alive” was released late last year. This is one of those songs that you’ll definitely want to hear and also add to your playlist. You can stream the single via YouTube below, or check it out on Spotify and Apple Music.

Stella Rio is no stranger to the music scene, being featured on the DVBBS single “Wicked Ways” and Morgan Page’s “Beautiful Disaster”, which has over 300,000 views on YouTube and has recently peaked on Billboards Dance charts. On top of that, Stella has also contributed songwriting on UK group Little Mix’s album, Glory Days including their single “FU” which hit platinum.

2018 will be a busy year for Stella, as she has been collaborating with local and internationally known artists, and is hard at work writing music for her new EP. So stay tuned, and remember to take a peek at our Five Questions With Stella Rio below.

My music is romantic, whimsical, with a chic/edgy twist. My writing style varies on my mood. I love writing pop ballads, but I also enjoy writing EDM anthems. The context of the song and the style depends on whether it’s a song I’m writing for myself or someone else. If I’m writing a song for someone else there are generally no limits. I can write with no filter about whatever is on my mind.

In the new year, I am looking forward to performing more in my city, but also internationally. My live shows are usually very intimate. I like all the focus to focus to be on the songs and the honesty of the music. I love to share some stories in between songs and connect with my audience. I try my best to put on a show that people will leave feeling happy and inspired.

Definitely my song ‘Alive’. It’s one of my favourite songs that I’ve written because it’s filled with messages that are important to me. It’s my personal anthem.

I have been listening non-stop to “Figures” by Jessie Reyes. I just love that song.