Review – Signs To The City 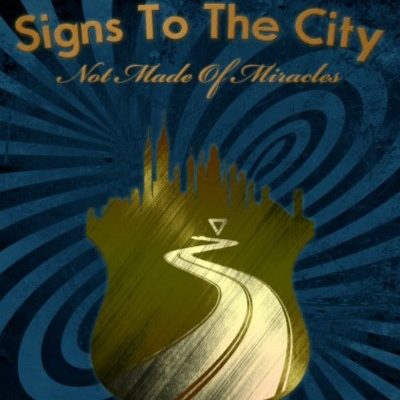 Album: Not Made of Miracles
Release Date: January 26, 2018
Genre: Alternative

The 4 piece band, Signs To The City have released their debut full length titled Not Made of Miracles and I was honoured to get an early listen to this album.

As always, I researched this band to get a better outlook on the band themselves and found out they had opened for one of my favourite classic rock bands, Loverboy which gives them an automatic thumbs up from me. It’s nice to see that the band donates a lot of their time towards the local arts in their respective cities.

The album itself is a unique sounding one. The only band it reminds me of is The Bravery, another one of my personal favourite bands. The entire album has this beautiful sound to it. It’s a relaxing album that I can see myself listening to once I’m done everything I need to be finished during my day.

It’s almost impossible to pick a favourite song from the album as each track has a unique sound to it, which could make it a personal favourite. I guarantee that if you listen to this album, you’ll find something you love about each track, as well.

This album may be in the running for the best Canadian album of 2018, in my opinion. The band is still young, so they have so much more room to grow and become bigger and better. I can’t wait to see how much these guys accomplish in their careers. I’m sure it will be great.