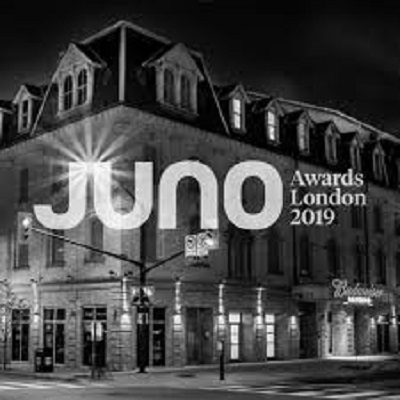 The folks of Southwestern Ontario had a music shock to the system today as it was announced that London will play host to the 2019 JUNO Awards.

The JUNO Awards will be heading to the Forest City March 11 to March 17, 2019; with the marquee broadcast live from Budweiser Gardens on CBC Television.

JUNO Week 2019 will return to Ontario for the second time in three years (following Ottawa’s host gig in 2017) with the support of the Province of Ontario, the City of London, Tourism London, and the 2019 Host Committee. Not only will London will host Canada’s music awards for the first time since the award show began touring across Canada in 2002, but for the first time ever since the award’s conception in 1970.

London is well represented in Canada’s musical heritage.  From the world-renowned bandleader, Guy Lombardo, to superstar, Justin Bieber; the city is building itself to become a cultural epicentre. In support of the 2019 celebrations, the City of London has also announced that beginning January 29, key music venues in the city will donate one dollar from every ticket sold to MusiCounts, Canada’s music education charity associated with CARAS. Venues participating include London Music Hall, Budweiser Gardens and Centennial Hall.

The JUNO Awards have travelled coast to coast across Canada starting in St. John’s in 2002. Before the JUNO awards head to London in 2019, the will first make its 2018 stop in Vancouver, BC, from March 19 through March 25; with the main event to be staged at the Rogers Arena on March 25.  Catch the live broadcast, hosted by Michael Bublé, on March 25 on CBC Television.  Nominations for this year’s awards are set to be announced on February 8.