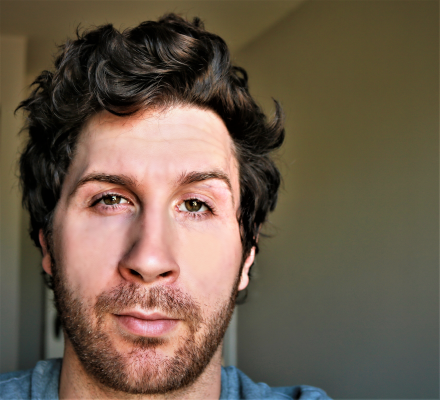 It begins with Colin Kutchyera; an analyst at a university, student finishing his masters and Dad to a toddler. Add La+ch, a JUNO nominee and multi-platinum artist w/ Coleman Hell’s Sideways Collective. Together, they make up Thunder Bay/Toronto Kutch! Despite their differences outside of the world of music, the members have three decades of friendship behind them not to mention the sounds & skills to make the listener press “repeat” on their debut album, Notionside, and hear something new every time.

Your debut single, “Collectable”, is such a unique concept in the comparing a loving relationship to a personal, physical collection! Was there a real incident that the song stemmed from?

It’s an observation about how most people, myself included, behave in relationships, and how very easy it is to collect and hold onto negative feelings. It’s like the negative feelings immediately tarnish all of the good feelings that you’ve collected. What was once a valuable immaculate collection is now considered garbage, when maybe all you needed to do was throw out the one bad memory and polish the others.

The video for the single adds on the stories of so many different types of humans and their own collections. How did you find the people featured throughout?

I had to go a few different routes because as you can imagine, I did get turned down by a fair amount of people and collector clubs. I started with my personal network and asked everybody I knew and their dog if they or someone they knew had a collection. When that well ran dry, I had to look elsewhere. I headed to the Lakehead Stamp Club’s annual show and managed to get their support. I also scoured Kijiji for collectors and was surprised to get a few people willing to take part. It was very interesting to hear the stories behind them and pride in their collections as we filmed.

I noticed a few different themes throughout your Notionside album including relationships, love and surviving life in general. That said, this wasn’t in any usual black & white way we often hear; there’s more depth in the ability to connect with the listener. How does the writing process go for you? Separate, together or a bit of both?

For the most part, I developed a few baseline ideas ahead of time and then worked them out in La+ch’s studio. I kind of keep a running tally of song concepts and catchy choruses, then look at situations around me that they might apply to and elaborate. I’m probably in the minority, but I pay a lot of attention to lyrics, so I try to make them as interesting as the situation will allow.

As a guitar player, I also have an ongoing “riff bank” that I pull from, but I’m often stuck with an unfinished song. La+ch helped make the songs complete. He was my drummer growing up, so I know I can always trust him with the beat, but he’s also renowned for his “million dollar bridges,” which I’m admittedly terrible at. La+ch really shines on this album in the rhythm and feel of the songs.

Some bands can take months, even years to complete an album. Is it true that you got the meat of it done within a couple of weekends? Looking back, would you want to take more time on it if you had to do it again?

It’s true. I consider my 2 weekend Toronto trips as my Birthday and Christmas presents, where we got 4 songs done per weekend. I would love more time in general, but living in different cities, me having a job, school and family and La+ch’s commitments to various other projects, we had to make the most of the time we had and be efficient. Even some of the vocal lines we had recorded were the first chance I had ever had a chance to sing the line. In the end, there are some minor imperfections to the album, but it kind of adds to that indie feel, which is difficult to do on a mostly digital recording. Unless there were major changes in my life, I don’t think I could do it any other way.

Though the album has yet to be released, it has already received accolades from Gas Mask Magazine, Wolf in a Suit, Ride the Tempo and Where the Music Meets, to name a few. What do you think it is about your music that has people paying that extra attention?

I feel like the sound is just the right combination of interesting and accessible. It’s hard to find a balance. If you sound like everyone else, people might enjoy it, but you really need another factor (usually a ton of money, youth and stunning looks, none of which I possess) to make you stand out. If you sound like no one else, a lot of people will write you off. We’re far from groundbreaking, but I think the album brings a refreshing spin to the genre that balances the two very well. Having such a cool music video as an introduction definitely doesn’t hurt, either!

It might not happen until spring/summer, but I’d love to get a few more “Birthday/Christmas” presents this year to record some more and play the odd show. The fact that we made this album work, despite a number of challenges, leads me to believe we can keep it going.