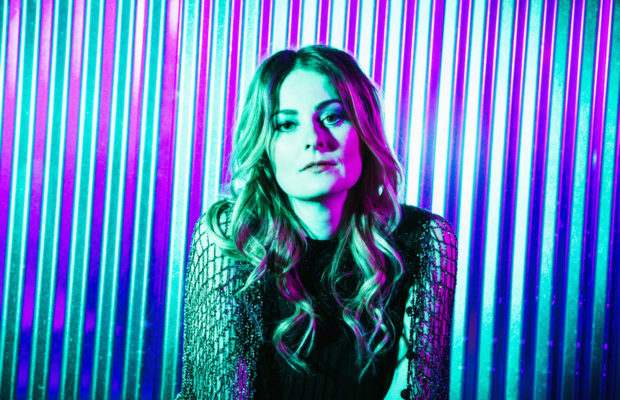 Nova Scotia’s own Jenn Grant has had a busy year. Last March she released her newest album, Paradise, along with various singles, including the newest, “Lion With Me”, which you can check out below. On top of all of this exciting news, Jenn is also about to embark on a series of tour dates throughout Alberta and British Columbia, see a full list of dates HERE. We were happy to catch up with this Nova Scotian talent to chat about Paradise, “Lion With Me” and so much more!

My name is Jenn Grant. Hi! I’m a singer-songwriter. I also love long walks on the beach, dogs, vegetarian food, vintage shopping, and mountains. Good thing I am headed west!

You released your newest album, Paradise on March 3, 2017, via Outside Music. Can you tell us a bit about the writing process?

It was a big process for me. I wrote songs until I went a bit crazy. I think I pushed myself pretty far. But in the end the songs feel settled as they should be. When I look back on this record, it feels complete. There’s nothing I would change now, and that’s not always the case with recording. I wrote a lot on the piano with just one song on the guitar (Lion with me, and In My Dreams on one string on the guitar) It was also the first time I did a batch of co-writing with Daniel Ledwell who also happens to be the producer of this record and my husband. Writing together was one of my favourite things about making this album.

How does Paradise differ from your previous releases?

Since I will always be me, the records I make will always be linked together and fit together like a collection but sonically this album is a bit more electronic folk with a bit of an r n’b vibe at times. It’s a darker album in some ways, and also a bit more dancy or rhythmic. Yet none of those categories alone would be able to describe it. It’s a mix of many things.

You released a video for your latest single, “Lion with Me” earlier this month, what can you tell us about the making of the video?

I was so honoured for Christopher Mills to make this video. He’s such an artist. And he makes me feel great about my own work, ha! He approaches his work as a storyteller with real love and devotion, not to mention astounding talent. I think he created a whole other world with this video, and I’ll always love it for that reason.

What made you choose this song as the next single?

I feel that people are drawn to this song, so I was just responding to that. It seemed like the natural thing to do.

You will be heading out on tour next week throughout February hitting various locations in Alberta and British Columbia. What can someone who is attending one of these shows expect from your live performance?

Daniel Ledwell will be with me-he’s a musical genius so that should sound good. And I am going to wear… sneakers.

Do you have any plans of touring the rest of Canada in the near future?

Life is such a mystery right now.

As winter winds down, all the talk begins to surround festival season, do you have plans to play any festivals this year?

It’s true, some festive plans are being made! I really love summer festivals. Thank god they exist!

Once your tour is complete, what’s up next for you?