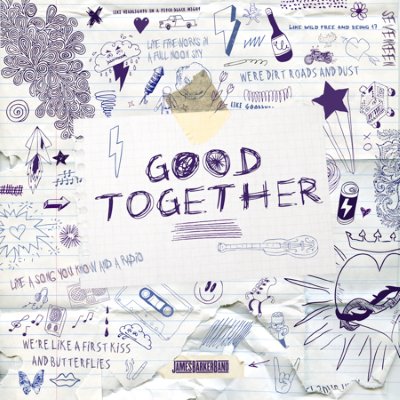 As James Barker Band (James Barker, Taylor Abram, Bobby Martin and Connor Stephen) make their way across Canada on their first national headlining tour (Game On Tour), they also have the privilege of knowing that their latest single, the very upbeat  “Good Together” not only is the #1 most-added song at Canadian country music radio, it’s also the second most added at Canadian radio overall. JBB recently performed their hit single on The Marilyn Dennis Show as well. Their debut EP, Game On, released via Universal Music Canada, dropped in April 2017 and debuted at #2 at iTunes during release week.

“We are really excited about “Good Together.” It feels like it’s been forever we’ve been able to share fresh new music with our fans, and it looks like everyone is just as pumped as we are. We definitely went a little more romantic with this tune, and I think it draws from a pretty traditional writing style with the comparisons of different aspects of ‘country life’ to relationships.”

This single is a great dance in your car, foot tapping, let’s just sing-along type of song.

“Good Together” is available for download and streaming here.